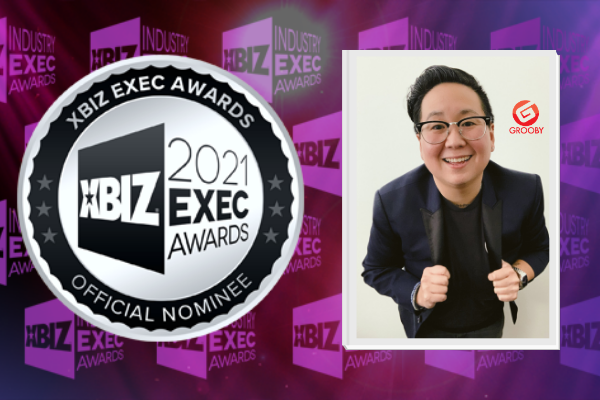 LOS ANGELES, CA – Grooby is proud to announce that their longtime Creative and Editorial Director, Kristel Penn, has been nominated for XBIZ’s Exec Awards.

“It would have been an honor to be nominated in any category,” explains Penn, “but the ‘Community Figure of the Year’ award holds personal significance to me. Grooby, in many ways, is a small business and can’t compete with the budgets of the big studios, but we utilize all of our resources and pour it back into our performers. This includes concrete things like creating more opportunities for performers shooting with us, but also extends to less measurable efforts like increasing the visibility and acceptance of trans performers in our industry and supporting the trans community as a whole.”

Penn joined Grooby in 2008 when the company was still based in Hawaii. She is also the Executive Producer of the Transgender Erotica Awards, which celebrates the accomplishments of the trans adult industry.

The annual XBIZ Exec Awards honors the best of the best from the adult business community, celebrating outstanding career achievement across a wide variety of prominent industry roles. Nominees are selected based on a range of success factors including business acumen, community standing and overall leadership.

Voting for the 2021 XBIZ Exec Awards is now open. Industry members may cast their votes here. Winners will be announced early next year.

Penn adds, “As always, I owe a sincere debt of gratitude to Steven (Grooby). Through Grooby, he has given me a platform to use my voice and encourages me to do as myself. Without him, there would essentially be no ‘Kristel Penn’ as a public figure in our industry.

To a certain extent, for anyone, it is a privilege to be able to live authentically both personally and professionally. For someone like me who grew up being bullied throughout high school for being gay and just honestly different than my classmates, being nominated for my work with Grooby and in the adult industry feels like being honored for my identity. Win or lose, I am grateful for the nomination and recognition from my colleagues and friends here.”