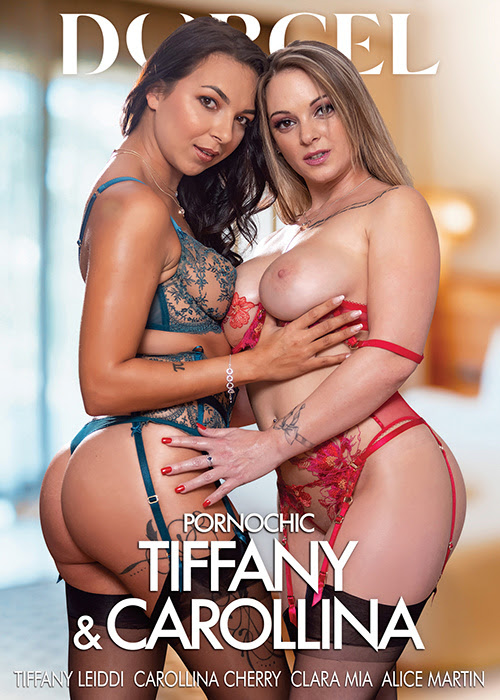 Dorcel, the European innovator in pleasure for all, today announced that the landmark 35th volume of its venerable Pornochic series is coming to DVD in the United States. Pornochic Tiffany & Carollina releases December 6th, exclusively from Pulse Distribution.

“For Pornochic’s historic 35th volume, Herve Bodilis strives for a foregrounding of the female voice and perspective,” said Daniel Metcalf, Dorcel’s U.S. Publicist. “It is important to recognize that a theme of female empowerment does influence and add to how one can read his film in terms of how it explores issues around gender, female sexuality, and identity. When one considers the various associations with women, it could also be argued that women are an ideal target audience for this film, given the focus on female agency. It speaks to Dorcel’s philosophy of ‘pleasure for all.’”