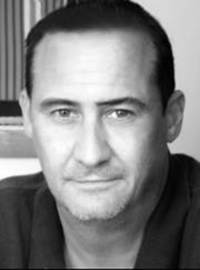 After a six year hiatus, award winning director Nic Cramer is back from Sweden and in the Los Angeles area. He is available as a director, and is seeking a company alliance.   The word is hereby out that Nic Cramer is shopping for directing opportunities and is currently in non-exclusive talks to realize his goal.  As an award winning director, Cramer’s work was frequently nominated from 1992 to 2006, winning awards for best director, best editing, and best screenplay to name a few.

You know how it works with production; you direct, you write, you supervise the editing, sometimes you do the first or second camera, so you are an auteur in this business… putting the whole thing together short of performing.”   Cramer’s insightful eye is still sharp as anyone can tell who talks with him. He goes on to say, “Filmmaking is what I’m looking to get back into. I have some ideas for projects and I want to see if I can still contribute in this business if they want to have me.”

As far as what he’s looking to shoot he adds, “I would like to do a gonzo line, and I’m certainly not opposed to getting back to features if there are any budgets.”  The trouble is, after six years most of Cramer’s contacts, both email addresses and phone numbers, have been changed or lost. He is looking for people to contact him as he reaches out to the Industry.   Those who remember Nic, please contact him by email at [email protected]

He can also be reached on FaceBook at https://www.facebook.com/nic.cramer2 and Twitter at @Nic_Cramer.  For those of you who are new to the business and are not familiar with Nic Cramer, here are a few quotes from film critics about his work:  ”Nic Cramer lives up to his reputation… crafting raw, slick, sophisticated adult entertainment.” – Lief Rock, AVN

“Watching Nic Cramer direct is like being at a killer rock concert.” — (On the set) AVN  ”Nic Cramer directed Nikita Denise in a scene that was so hot I had to have a cigarette afterwards… and I don’t even smoke!” – Steve Nelson, Adult Industry News (AINews.com)