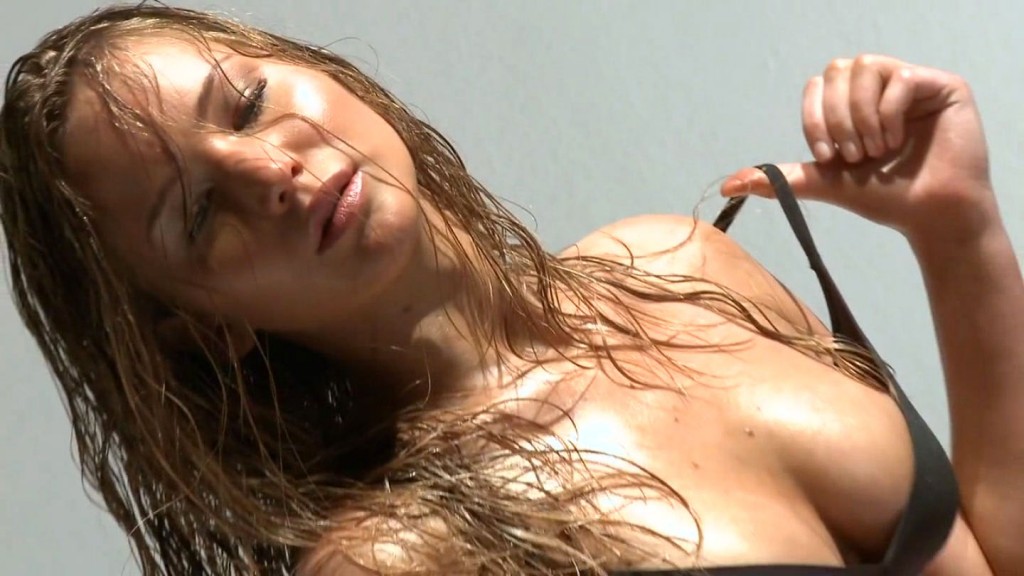 In two days teenagers will be going bat-shit crazy to get glimpse of the latest cult film phenomenon The Hunger Games. The movie is based on a book series, like Twilight and Harry Potter, takes place in the future in a dystopian society. The Capitol of a new country called Panem selects a boy and girl from the twelve districts to fight to the death on live television. The protagonist Katniss Everdeen volunteers to take her younger sister’s place for the latest death match. Katniss is played by super hottie Jennifer Lawrence. You may remember her Oscar worthy performance in Winter’s Bone. Jennifer’s character Katniss is kick-ass strong and proves to be the opponent to beat at The Hunger Games.

If your girlfriend is dragging you out to see this movie… GO! Jennifer Lawrence has a banging body and the smoking hot face to go with it. Someone needs to hack this girl’s cell phone quick! She looks hot in clothes, imagine her without?