The real-time video offers a glimpse of how HIV infects the cells during sex.

“We had this global idea of how HIV infects this tissue [of the genital tract], but following something live is completely different,” Morgane Bomsel, a molecular biologist at the Institut Cochin in Paris and one of the brains behind the video, said in a statement. “The precise sequence of events can be defined.”

Still, what’s in the video? 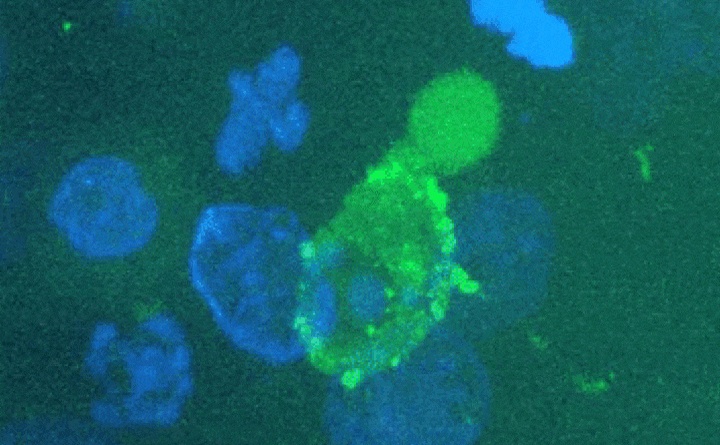 In the video, a green T cell with HIV is seen attacking epithelial cells (genital mucous membranes). As it approaches the epithelial cell, a ‘pocket’ (called a virological synapse) quickly forms. The infected cell’s membrane shoots out the HIV virus. The visual representation shows green dots coming out of the cells. The virus is then seen coming into contact with the uninfected cell.

The video is a representation of how the HIV virus attacks a healthy cell during sex.  The action itself looks like a scene out of sci-fi movie, with the HIV spurting from the T cell into the epithelial cell. The HIV doesn’t infect the epithelial cell from that attack; rather, it travels across the cell where it is gobbled up by another type of immune cell referred to as macrophages, which is itself a target of the HIV.

After about 20 days of coming into contact, the HIV goes to a ‘dormant’ stage but still hides inside the epithelial cell, which means treating it with a drug an effort in futility. According to Bomsel, the new strategy to fight the virus would be “to act extremely early upon infection to avoid this reservoir formation” in the macrophages.

To stop the virus from forming a reservoir, ‘the idea would be to make a vaccine that’s active at the genital mucous membranes, “because you can’t wait” to stop the spread of HIV,’ said Bomsel, a co-author of the study. The interesting video is part of the study above by researchers from France. Its findings were published on May 8 by Cell Reports.

Purpose of the video 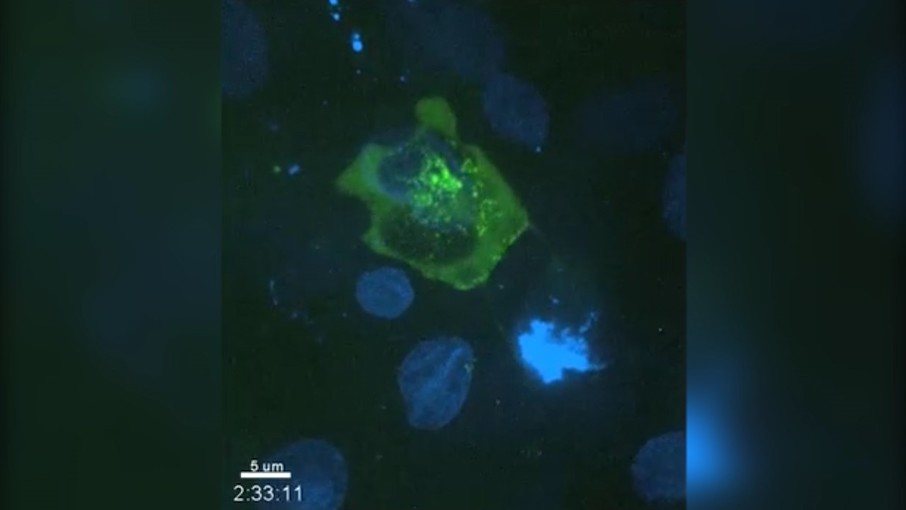 The video was created to give researchers a glimpse of how the deadly HIV virus is transmitted. Bomsel said the researchers “had this global idea of how HIV infects this tissue, but following something live is completely different.” He added that they were overly surprised by the sequence.

To make the video, the researchers used a genetic tissue model in a lab, and a green fluorescent labeled the infected T cell so people could tell where the cell was coming from.

And it’s all for a good reason 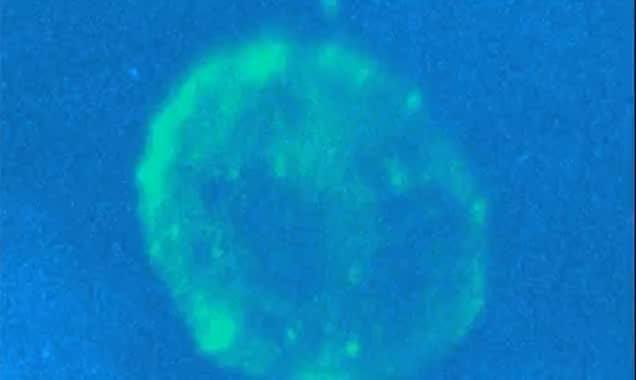 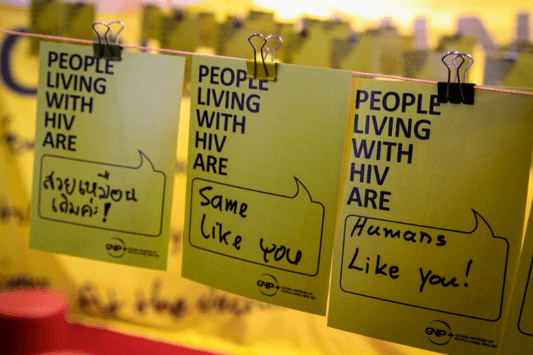 Contrary to what many people think, HIV still poses a severe threat to world health. Health authorities in Mozambique, for example, have said in a statement that they will be circumcising over 100k men in a bid to prevent the virus from spreading. It is believed that the foreskin increases the chances of contracting the virus, since the delicate skin tears easily during sex, which makes it easier for the virus to be transmitted.

According to the World Health Organization, removing the foreskin to reduces the risk of heterosexual men contracting the virus by up to 60 percent.

If you thought the problem is only in Africa, wake up and smell the coffee. Europe is facing a surge in the infection rates, with authorities fearing the rate at which people are being infected in Europe is ‘alarming.’ Statistics show that newly diagnosed cases of HIV infection have risen by 52%- from 12 per 100,000 people in 2 007, to 18.2 per 100,000 in 2016.

I still can’t believe so many people have sex without condoms.

That is just about it. Everyone, including yours sincerely, hope the study will provide relevant information that researchers can use to come up with some form of treatment. No person should die from fucking, you know.