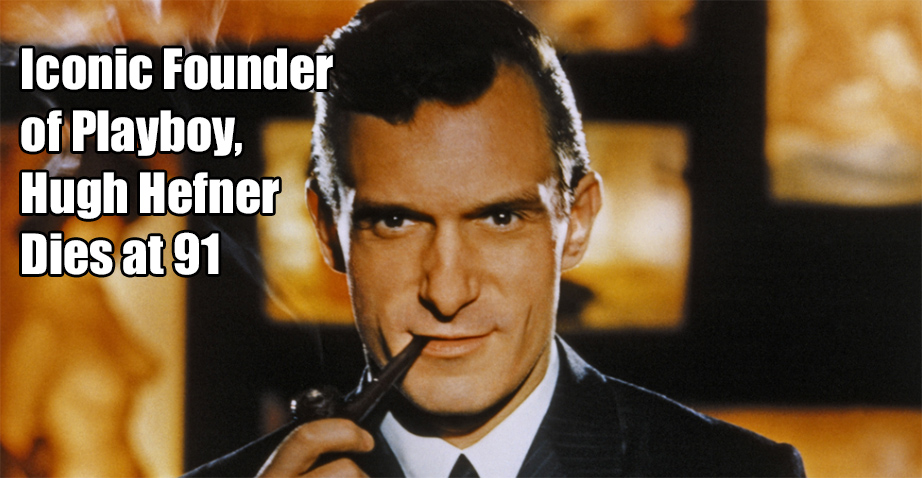 Hugh Hefner, the iconic founder of Playboy has died at the age of 91. Playboy shared the news of Hefner’s death over a tweet Wednesday evening. The infamous publisher and media giant was confirmed dead Wednesday, September 27th and passed away from natural causes while at his home in Holmby Hills, California. We share this news with sad and heavy hearts as Hefner’s impact on the adult industry and the media in general, is unquestioned.

The Passing of an American Icon

Hefner’s son, Cooper Hefner (current CCO of Playboy Enterprises) fondly remembers his father as having, “an exceptional and impactful life as a media and cultural pioneer and a leading voice behind some of the most significant social and cultural movements of our time.” He adds that his father “will be greatly missed by many, including his wife Crystal, my sister Christie and my brothers David and Marston and all of us at Playboy Enterprises.”

Our warmest thoughts and best wishes go out to Hefner’s friends and family and we wish to take this moment to celebrate his historic achievements and impact. Media outlets such as XBIZ, AVN and CNN were reporting on the news by late Wednesday evening.

We’ve all dreamed of visiting the infamous Playboy Mansion and living the Hugh Hefner lifestyle. From the moment he first founded Playboy and published his first magazine in 1953, Hefner had introduced a unique sense of style, sophistication, and sensuality to adult media. Hefner gave generations of men a glimpse of a new kind of American Dream and without his influence, the adult industry may not have been the same. Often seen in his trademark smoking jacket, with a pipe in hand and a blonde cutie on each arm. Hefner lived the kind of life most men dream of. The most beautiful women in the world have been featured in Playboy and Hefner himself has been a champion for free speech and social justice.

Playboy has been a household name for decades. Hugh Hefner’s pioneering attitude and innovative vision made Playboy Enterprises what it is today. We shouldn’t think of Hugh Hefner as simply a Founding Father of adult media as his legacy should also serve as a symbol of innovation and perseverance.