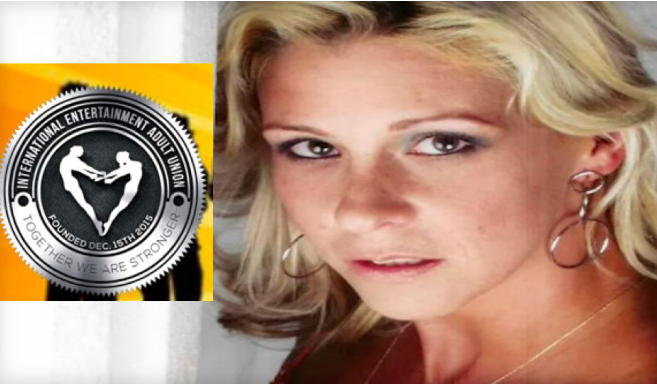 A few weeks ago, Scumbag Phyllisha Ann sent out a letter ‘terminating’ APAG.

When I first read that headline, I assumed Phyllisha Ann had killed all the board members of APAG.  I knew it was coming, IEAU is like the crack house in the middle of the block, and APAG is the guy on the corner selling the rocks..Everything was fine, while IEAU controlled the distribution, but as soon as APAG saw the profit margin, and how little they got, it was only a matter of time before they wanted their own crack house. Since Phyllisha’s crack house is conveniently located, I figured she took them out.

So imagine my surprise when I clicked on Gustavo’s twitter link and found out that no one died in a driveby, no checkered police tape, no first 48 music, no ballistics, no video of Phyllisha Ann being driven around LA in a slow speed chase,  nothing other than Phyllisha Ann and a poorly titled PR.

One thing that did catch my eye was this:

At this moment, the International Entertainment Adult Union would like to announce the termination of our Adult Performers Actors Guild, APAG. The IEAU has official filed and terminated APAG with the DOL, as well as filed lawsuit under the Supreme Court against Alana Evans, Ruby and Kelly Pierce, APAG’s former President, VP & Secretary to recover all of APAG’s assets totaling over $210,000.

I knew it, APAG, stole 200k worth of shit, maybe it was 5 keys of Peruvian nasal dust, or some low grade explosives for the APAG war on abortion clinics. Maybe worse, is APAG dealing yellow cake uranium,  or trafficking bald eagles?

While im not as smart as those guys who refuse to use double negatives in their 5000 word essays that no one reads, I still have a duty to the millions, and millions of the TRPWL fans…

So doing what any Pulitzer winning blogger would do, I reached out the the original crack house leader, Phyllisha Ann

TRPWL- In your PR, you claimed that APAG misused over 200k..Where did that money come from?

On April 5th, from what I could only assume was Phyllisha Ann. I got this finally crafted response

Perhaps you should reread the PR. That is not what was claimed at all. What was claimed is the assets of APAG is valued as over 200k. Which includes the social media sites and the website, in which by law and by our federal trademark they are needing to turn over to the IEAU as they are no longer active officers of APAG and at this time they are falsely acting as current APAG officers when they have each been relieved of their officer duties by vote of the Acting Parent Board of the IEAU for their actions of misconduct in which we will no longer tolerate as per our Constitution and By-laws. The value was assessed by the % of social media followers of APAG and the very minimum of membership cost.

First, lets value the website, using 4 different sites, this is the highest value I could come up with for the APAG website

If you’ve learned anything about me over the years, it’s I’m a generous man..

And lets knock off another 10k for the Instagram fight, when they flew people in and paid for hotels, how did that work out BTW..LOL

Now, if my iPhone calculator is correct, according to Phyllisha Ann, APAG has pocketed over 130k. No wonder the same 5 people are elected errr appointed to APAG for life.. I cannot wait to see the filings, with so much drama out there, we now have numbers to compare

Anyone who’s followed this site over the years, knows I’ve always had an issue with Phyllisha Ann controlling the money. In fact, the way the Union is set up, Phyllisha Ann WILL ALWAYS be in control of the money.. It wasn’t until Alana got another bank account, one the felon Phyllisha Ann allegedly had no access to, that Phyllisha Ann removed them from the Union..

I hate to toot the horn of greatness, but I warned ALL of you fuck tards that she would fuck you