SCRIPT WRITING FOR THE ADULT INDUSTRY     Fans on the different forums are always submitting story ideas. How though can they be crafted into a working script that may interest a director?  I thought the best person to ask is Jacky St James whose script for New Sensations Romance series Dear Abby was highly praised. She has also written the soon to be released Love is a Dangerous Game. What if any are the dangers to be avoided by a would be script writer?
-Make sure your story has one clear through-line/theme. If you can’t describe the theme of your script in one sentence… you might want to go back to the drawing board. It needs to be that concise.

-Know your target demographic. Are you writing for a predominantly female audience? Or a male audience? Older or younger? Frat boys or housewives? Yadda yadda.

3 What are the financial rewards of script writing like?
For adult features, the financial rewards are not enough to make a living on exclusively. Depending on the company you write for, you can make anywhere from a few hundred dollars to around $1000….whereas, mainstream scripts pay in the millions.

Personally, I suggest going balls out and sitting down and just writing a feature. The whole damn story. How you go about doing this is up to you. My process usually involves hours and hours of brainstorming to music (often Taylor Swift…DO NOT JUDGE). Music inspires me…and helps me emote. From there, I map out each character and their basic story (where they begin…and where they need to go). After that, I start writing. Sometimes I won’t write chronologically…because I often enjoy writing the CLIMATIC scene first and then building the foundation afterwards.

Every single person is different…and each writer needs to learn and discover their own style. There are no rules you need to follow in terms of process.

The best screenwriters in existence right now are the Coen Brothers (mainstream). Those guys know screenwriting. I bow down to them. 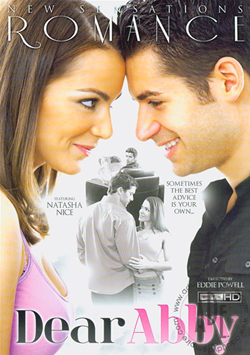 Where should a script writer looks for ideas?
Mark Twain said that “Truth is stranger than fiction, because fiction is obliged to stick to possibilites. Truth isn’t.” I live and breathe by that.
Draw from your own life experience!!! Have some self awareness. Learn from your mistakes…so you can one day write about them.
If you legitimately don’t think you have any stories worth telling, then get out there are start meeting people! Imagination is a great tool, but to create realism you need to observe those living and breathing around you every day. They are the real inspirations. They are your untold story!

I recommend that when you meet people, to ask them questions. Dig. Stop talking so much about yourself and listen to others. You’ll learn a whole hell of a lot more listening than you will talking.

Should one always write with a particular performer in mind?
Again, there are no hard, fast rules for what one should or should not do. I usually tend to write with a particular performer in mind because it can help me more easily visualize the final product.
My latest script which is in pre-production I wrote with Anthony Rosano as the lead…and I’m pretty damn married to that choice. I guess for me, if someone inspired a role…why shouldn’t they get to play it (if they are interested)? I mean, who better to play the role…than the person it was written for?

Is it easy to tailor a script to a performer’s on screen personality?
Absolutely. The more I become familiar with people’s work, the more I know what they can do and play and the more fun I can ultimately have with a character. One of the reasons why I often use Xander Corvus, Richie, Michael Vegas, Natasha Nice, and Anthony Rosano when I’m writing…is because I know they have the acting chops to pull off whatever I write with them in mind. When you can see an actor playing a role…it breathes so much more life and vitality into the story than it would without them as inspiration…and you’re drawing solely from your imagination.

In adult, I’m very big into the almost-kiss moments. I love almost kisses (in a script and in real life). There’s something insanely hot to me about wanting to kiss someone really badly, but for whatever reason being unable to do it. Denial is huge in building sexual tension. I’m a big big big fan of denial:)

What for you is the best mix of showing and telling?
I cannot stand talky scripts (and believe me, I’ve gotten criticized for it too). I read once that characters should never be TOLD anything, they should discover things through action. The beauty of great screenwriting is in the discovery.

I’ll use a very basic example. Let’s say you have a story about a wife who finds out her husband is cheating. This can be approached through ‘telling’:
a). The wife is sitting around at lunch with her friends and one of them reveals that they saw the woman’s husband kissing his secretary a few days ago

or this scenario can be approached through ‘showing’:

b). The wife arrives home early from a business trip and discovers a condom wrapper in the bathroom trashcan.

Choice B reveals quite a lot without any dialogue being required. Choice B is an easier way to tell the story without adding a ton of extraneous conversations that make a script tedious. There are so many possibilities and questions and doors that can open from that simple moment…

What place does humour have in a script?
If you look at day to day life…humor always has its place…even amidst great tragedy. Laughter is what breaks up the monotony of a script. It keeps people engaged. Few people ever tire of laughing, but a whole hell of a lot of people tire of listening to people drone on and on:) I’ll never write a script that doesn’t have a healthy dose of humor, even if I am writing drama.

Should how the performers make love be indicated or should it be left to them to decide?
That is up to the writer. I’ve begun putting in a bit of direction in my scripts so it’s clear what kind of sex the characters need to have. In my last script, “Love is a Dangerous Game” I put more descriptive explanations in, with regards to the type of sex I’d like the characters to have (kinky, softer, etc.). Descriptions are helpful to the director, especially for writers that won’t be on set for the production of their story.

I’m fortunate in that New Sensations allows me to play an active part in the production, so any questions pertaining to the story can be asked of me on set.

Should you submit a story idea before sending a whole script? What information does it need to contain?
This really depends. For me, I never submit “ideas.” I always have a script and then a treatment on hand if the people I’m submitting to don’t want to read the complete script. The problem that could arise from my approach is that, you could spend time writing an entire script that never gets bought or produced. Maybe I’m just overzealous in my approach, but I can’t do anything half-assed.
For those that don’t know–a treatment is a narrative version of the story in a script, presented in story format, describing the main action with little or no dialogue.

How should a final script be presented ? Is there software to help the fledgling script writer?
RUN out and get Final Draft right now. It is the easiest program on the planet to use and it is essential for any screenwriter. Plus, the director and producers will thank you later when they don’t have to reformat everything. When you present your script to  production company, it should be in professional format so you are taken seriously. I advise that you have a treatment handy in case they’d prefer to see that first. It’s all about being prepared!
Most importantly…if you want to be a writer…then stop TALKING about the great script you want to write…and sit down and friggin write it!:)