NL- Really interesting interview with an experienced shooter, who has started some new sites.

I first interviewed Lew a couple of years ago. The cameraman of such lesbian erotica classics as Viv Thomas’s cult series Pink Velvet and Unfaithful has now started his own company, and created two sites that offer high quality erotica. 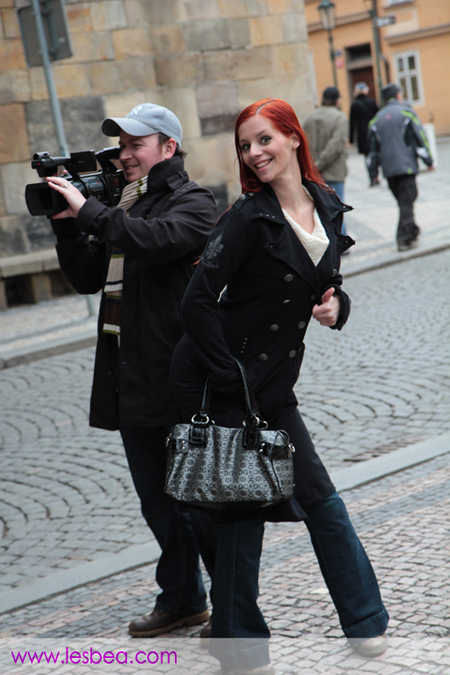 Where are you based and where do you film?  We’re based in the UK and we mainly film in Europe.

You’re going to have a new site up shortly , Lesbea , how will the content be different from Orgasms?  We’ve now launched a site called Lesbea.com which is exclusively all-girl, lesbian content. It’s the ‘sister’ site of DaneJones.com (Orgasms.xxx) essentially, the reason we launched this site is because we understand that there are two different markets and many people want lesbian content and aren’t interested in seeing guys with girls or female masturbation. I started out mainly shooting lesbian scenes/features, so we felt inclined to launch a pure lesbian site, as we felt we could really create a special place for girl/girl erotica. We have a lot of exciting ideas for Lesbea.com and new directions we’d like to take it in as it develops and grows. 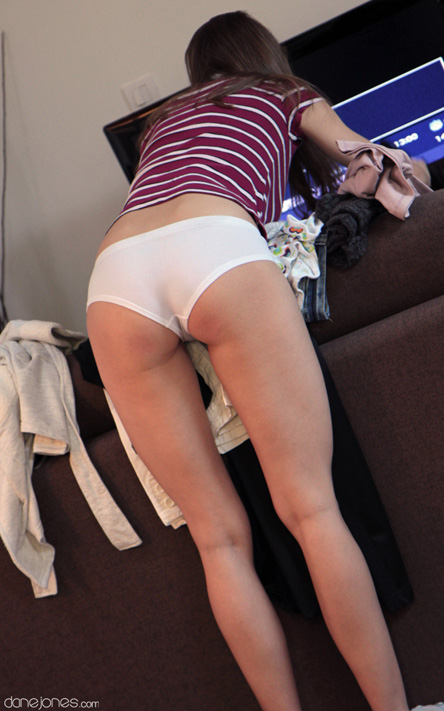 Where do your female performers come from? Have there been any exciting new discoveries?  We’re working with a lot of Czech girls right now and yes, I am very, very excited about some of the girls we’re discovering at the moment. It’s important for us to find the right kind of people that understand what it is we’re trying to achieve, and really want to be involved.

Which American girls would you like to shoot and have you any already lined up?  We’ve talked about it but nothing has been set in stone yet. But yes I am almost certain we will be using girls from across the pond at some point, there are so many great models in The States that I have always wanted to work with.

Why is it your dream to take a girl to shoot in Japan?  This isn’t exactly a ‘dream,’ but I remember trying to make it happen many years ago because I wrote a film about a girl who travels to Japan to teach English at a special night class in Tokyo. It’s kind of a fish-out-of-water type story, I’ve always liked characters that find themselves alone, or feel like outcasts, so the idea of a European girl alone in this strange world, and meeting new people and experiencing new things was something I wanted to shoot.  I also like contrasts, so to shoot out there with one of my favorite models working with Japanese girls was very appealing. I might still do this, now that you’ve brought it back to my attention!

Martin is causing quite a stir in your boy girl scenes. What do you think it is that female viewers like about him?  Yes, it’s quite incredible, in eleven years working in the adult industry I haven’t seen anything like it for a guy. We’ve had dozens of emails from female members of our site telling us how much they love him. We’ve now got so many female members at DaneJones.com that we created a “male models” page out of demand! I couldn’t tell you what it is about Martin that has the girls going weak at the knees, I could joke and say it’s his fat cock but I know there is much more to it than that. He has a tough looking exterior, but he is a very gentle lover who can really connect with the girls he works with by reading what they like and how they want to make love. He is very sensitive to a woman’s reactions to his touch. I think it’s this sensitivity that gives him appeal. He gets a lot of pleasure from giving, which is nice to see and we enjoy working with him.

I believe I’ve seen at least one cream pie. Was it easy to get the female performer to agree to this?  We shoot a fair amount of creampies actually, I’ve been trying to avoid the classic facial cumshot because it’s way too conventional. I absolutely will not shoot a guy jerking himself off, eyes closed looking to the ceiling thinking about something else, while a girl kneels before him with her mouth open waiting for him to ejaculate, it’s the most un-erotic thing I can think of. There is no connection between them which goes against everything we’re trying to do. For a guy to be making love to his girl and to come inside her, or to pull out seconds before is much sexier, in my opinion.

Where will the guest directors come from for Lesbea ? Who would you really like to work with and why?  We’re not sure yet, but we’ve talked to a number of different people in the business who I respect and can produce the kind of content we want to showcase on the site, but at the moment the site is still young, so this is something we’ll revisit at a later date.

It must be quite a lot of work to start and administer a forum. How important do you think they are and will you be starting one at sometime?  It is, and I don’t know when this will happen, but again it is something we’ve discussed in depth. I like connecting with people, I learn from feedback so it’s always been quite important to me. At the moment though I’m so incredibly busy I don’t know if I’d even have time to contribute to a forum!

When do you think you’ll start making features? Which themes story lines would you like to explore?  I shot our first feature last month, starring Ariel, it’s a three-scene feature but it’s not exactly dialogue heavy, I recorded a lot of voice-over with her and each scene is linked by the same soul-searching character. Many of our individual scenes have context and story and I’ve been enjoying shooting that way. We’ll shoot more features for our sites in time though, we’re going to be launching another new website soon which will revolve around housewives, women in their 30s/40s, marriage, family/suburban life etc, and I would like to shoot a lot of episodes that make up various series / features with interlinked characters and stories.

Where can people find you on the net?  I contribute to both our blog and tumblr from time to time (http://ruseful.tumblr.com and @ruseful). I also respond to certain emails that come in through our support system when it’s appropriate for me to do so. I like connecting with people and discussing things so I invite feedback. If anyone wants to contact me directly they can send me an email. [email protected]