NL-The LA Times did a poll underneath this story asking if this sentence was too harsh, 70% said yes. 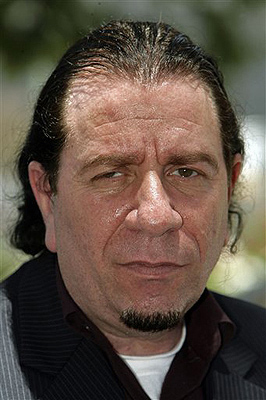 Producer of pornographic fetish films gets 4 years in prison
Ira Isaacs is sentenced after a six-year prosecution that included two mistrials. He defended his work as protected by the 1st Amendment, but a judge sharply disagreed.

Ira Isaacs  says his films are supposed to shock and disgust people in a way that challenges their conception of art. (Ric Francis / Associated Press / June 9, 2008)

A Los Angeles-based creator of pornographic fetish films was sentenced to four years in federal prison Wednesday for producing and selling obscene material.

Ira Isaacs, 61, received the sentence after a six-year prosecution that included two mistrials and led to the public admonishment of federal Judge Alex Kozinski, who recused himself from the proceedings after The Times reported that he placed pornographic images on an Internet server that could be accessed by the public. Kozinski is the chief judge of the U.S. 9th Circuit Court of Appeals.

Isaacs’ trial came during a wave of obscenity prosecutions that began under the Bush administration in 2005 with the formation of an Obscenity Prosecution Task Force.

Doing business under the name L.A. Media since 1999, Isaacs produced, starred in, and distributed pornographic films through a website he advertised as “the Web’s largest fetish VHS, DVD superstore.” Some of his films, which depict bestiality and sexual situations involving human excrement, were shown to the jury during his third trial last April.

Although the defense argued that Isaacs’ work was protected by the 1st Amendment, there was a consensus at trial about the appeal of the films, which had titles such as “Hollywood Scat Amateurs No. 7.” “They were so disgusting I couldn’t even watch them,” said Isaacs’ attorney Roger Diamond, who said he averted his eyes and read a book as the 90-minute films were played in court. “But that doesn’t mean they’re not free speech.”

Isaacs said his films were supposed to shock and disgust people in a way that challenges their conception of art. He turned down a plea bargain that would have saved him from incarceration and said he had no regrets.

According to federal law, material must meet a three-part test to be considered criminally obscene: It must appeal to a prurient interest, lack scientific, artistic and political value and be patently offensive.

Prosecutor Michael Grant said Isaacs had never mentioned artistic intentions until he was in front of a court.

“Since 1999, he has operated a business with one goal in mind: make money off of individuals that enjoy sick materials,” Grant said in court.

Diamond asked the judge to lighten the sentence to probation because he said Isaacs was financially destitute and had accepted responsibility for his crimes.

But U.S. District Judge George H. King, who presided over the case, said Isaacs had sought to “cloak himself” in the 1st Amendment with a “cynical post-hoc justification” and was not “a defender of the 1st Amendment.”

King said that because Isaacs continued selling the films, even plugging his website on a radio show two days after his conviction, incarceration was a necessary “deterrent.” Isaacs must also pay more than $10,000 in fines, as well as submit to community supervision for three years after his release from prison.

Isaacs was asked to report to federal authorities by Feb. 19, but he plans to file an appeal. Clad in a fedora and a baggy gray suit after the sentencing, he appeared unfazed by the prospect of prison time.

He has been waiting for federal authorities to arrest him since the day he started his business, Isaacs said. He signed many of his films as “Josef K,” the name of a protagonist in a Franz Kafka novel who is prosecuted by a distant authority for an unknown crime.

“That’s the Academy Award I just won in there,” Isaacs said. “That’s an artist’s dream.”