The #MeToo movement has over the last several months seen a horde of women coming out to claim that they were sexually assaulted by celebrities, politicians, CEOs and other influential people. Morgan Freeman, Harvey Weinstein, Donald Trump, are just some of the few A-list celebrities that have seen their names adversely mentioned in the allegations. Renowned actor Sylvester Stallone of the ‘Rambo’ fame is the latest celebrity to have his name dragged in the mud, as the #MeToo movement continues to embolden more survivors to come out in public with allegations of sexual assault/harassment.

The actor is being investigated for sex crimes, according to a Los Angeles District Attorney’s office. A woman reported that he and another man sexually assaulted her when she was 16, an incident that apparently took place in the 1980s! ThePornDude takes a look at how an incident that took place over 30 years ago has come to light.

According to a police report, Sylvester Stallone and his bodyguard sexually assaulted the then 16-year-old girl during a film shooting when the renowned actor, 71, was just 4o years old. His bodyguard Michael ‘Mike‘ De Luca was 27 at the time of the incident which allegedly took place at the former Las Vegas Hilton hotel in July 1986.

Confirming the incident, Retired Las Vegas Metro police department detective sergeant John Samolovitch, who led the sexual assault department at the time, said that ‘the copy of the police report is, in fact, a true copy of the original report.’ Why all this has come out over 30 years later is anyone’s guess, but Mr. Stallone seems to be the latest sexual pervert in the #MeToo movement. 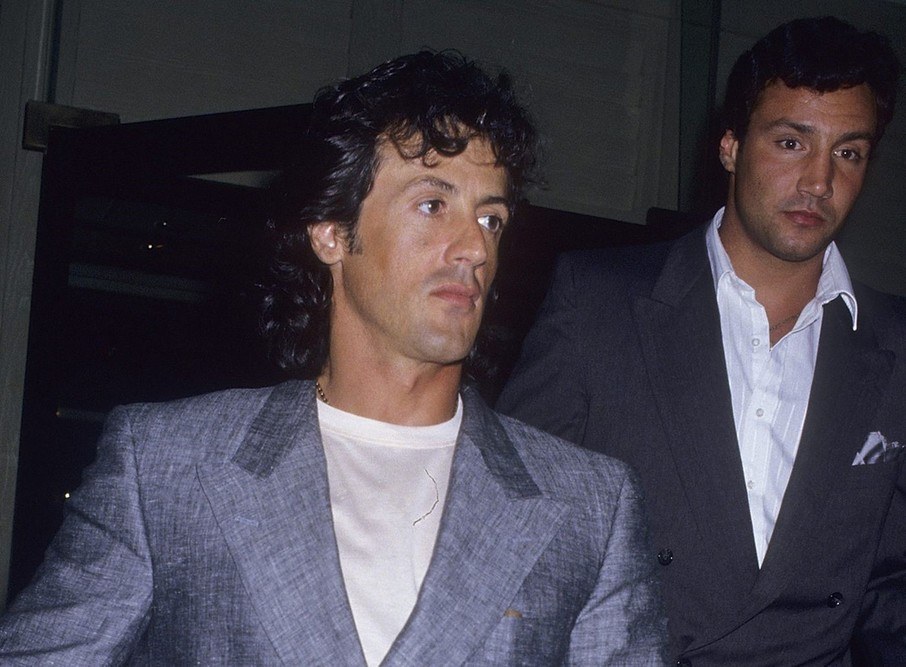 As you would expect, the actor is not going to accept the allegations without a fight. According to his spokesperson, Michelle Bega, ‘This is a ridiculous, categorically false story. No one was ever aware of this story until it was published today, including Mr. Stallone. At no time was Mr. Stallone ever contacted by any authorities or anyone else regarding this matter.’

The accuser doesn’t seem to think so, as she claimed that the two threatened her that they “would have to beat her head in,’’ if she dared tell anyone, as the two men were married at the time of the incident. According to the police report, the victim decided against legally pursuing the matter as she was scared, ‘humiliated and ashamed.’

His attorney, a certain Martin Singer, also leaped to the defense of his client, saying that his client ‘categorically denies the allegations’ before adding: “It’s outrageous that the DA’s office and PD would announce this information because it makes the public think that there’s something there.” According to the lawyer, the victim had a consensual relationship with Mr. Stallone in the 1980s, when the alleged incident took place. His bodyguard was shot and killed by police in a traffic stop incident in California in 2013. 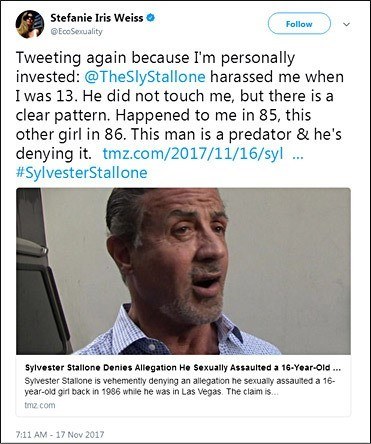 The story initially came to light through a hotel employee, who called the police to report the matter after her friend had told her about the teenage girl needing advice on the subject. The victim had been staying at the Hilton hotel with her family, and Mr. Stallone also happened to be filming in the same location.

The then young girl claimed that she spotted Mr. Stallone and went over for an autograph where the actor is said to have asked her how she got such a ‘build’ at 16. She then proceeded to ask for a peck on the cheek from Stallone, just like her friends. However, the police report indicates that Stallone refused to do that, instead saying that ‘he would give her a kiss at a later date that she would not forget.’  It appears that nothing could have prepared her for the later encounter with Stallone and his bodyguard.

Stallone is not new to such controversy, having been accused by his half-sister, Toni-Ann Filiti, of rape and sexual assault and threatened him with a lawsuit in 1987. While court documents show that the actor ‘vigorously denied and continued to deny and dispute all claims of wrongdoing,’ he still proceeded to pay his half-sister $2m plus an additional $16,666 a month for the rest of her life. Admission of guilt maybe? Filiti has since died after a long fight with lung cancer.

Stallone seems to be the latest A-lister to be accused of damaging sexual harassment claims. It remains to be seen what course of action will be taken by authorities and ThePornDude certainly hopes that justice will prevail for all parties involved.

In the meantime, Sylvester Stallone, who made his career breakthrough when he appeared in the Academy Award-winning movie “Rocky” in 1976, continues to be a busy man in the entertainment circles with sequels to Rocky, Rambo, and Expendables in different stages of development.