It’s slightly over a year since we learned that the youngest of the Kardashian-Jenner clan, Kylie Jenner and musician Travis Scott were dating. The two seem to be moving quite quickly. They have been making rapid, frequent movements with some parts of their bodies and in many different positions. Kylie was even bragging to her friends about her headboard smashing shenanigans. According to one of her friends who just couldn’t help spilling the beans to the tabloid press, the two were having the best sex ever.

“They are enjoying spending a lot of time together, and they are actually learning a lot from each other too,” said the source if you are Tyga, her ex, that has got to sting. It appears like Kylie Jenner graduated with honors from the Kourtney Kardashian School of Driving Your Ex Insane With Jealousy.

However, as you would expect from the relationship standards set by the Kardashian-Jenner clan, there will always be sex tapes involved or at least rumors about sex tapes. Rumors have been doing round that the two have recorded themselves in a steamy romp. However, the rumored sex tape only shows a Caucasian lady taking a black cock from behind, and throughout the video, no faces are shown. As a result, it is hard to verify whether the parties in the video are indeed Travis and Kylie.

Or maybe she decided to fake a ‘fake leak’ to gauge how the public would take this sort of thing. It is to be remembered that Kylie was offered $10m for a sex tape in 2017.

“Kim’s sex tape helped launch her career and would be nothing but positive for you,” Vivid’s CEO Steven Hirsch said at the time. As far as I know, she didn’t take Hirsch’s offer. Several other entertainment companies approached her with similar offers which she declined as well. So, cut the excitement folks; the sex tape is a fake, although I have a feeling it won’t be long before a real one surfaces. That’s what many have come to expect from this family. 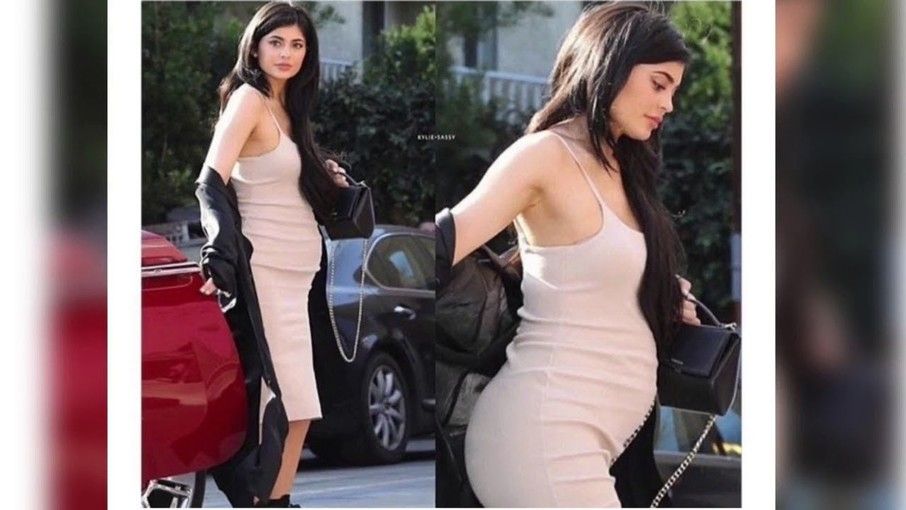 While there is no verifiable sex tape featuring the star couple, at least it is in the public domain that they have a kid together. The “beautiful” baby girl was born on February 1 and was named Stormi Webster. Many were expecting her to give the baby a name starting with letter K given that her four sisters Kim, Khloe, Kourtney, and Kendall have their names starting with the initials. Speaking about the pregnancy, she said it was “the most beautiful, empowering and life change experience” of her life.

However, Kylie had managed to keep the pregnancy away from the limelight, saying that she did not want to go through this phase of her life in the limelight. In a Twitter post, the star said at the time that she wanted to take on “the role of a lifetime” in a stress-free and healthy way. However, the rumor claimed that she was hiding the pregnancy because she wanted it to feature in her spin-off reality show Life of Kylie.

According to a source, “She’s had cameras on her non-stop at home. What people don’t know is that Kylie is avoiding the public for a good reason”, claimed the source.

“She is at home filming her pregnancy in hopes of locking in a second season of her reality show, Life of Kylie. She is not at all alone. Aside from her family, she has a cameraman that pretty much lives with her and is going to remain there until after the birth of the baby.”

Like almost everything in her family, the baby was surrounded by controversy. When news first broke that youngest Keeping up with the Kardashians star was pregnant, Kylie’s rapper ex Tyga swiftly responded by claiming the baby was his. In a Snapchat post that has since been deleted, Tyga shared a report about Kylie’s pregnancy with a caption “Hell nah that’s my kid” accompanied by some devil emojis. However, it turns out that Travis Scott is indeed the father. They may not have a sex tape (at least not one that’s immediately verifiable), at least they have a baby together. 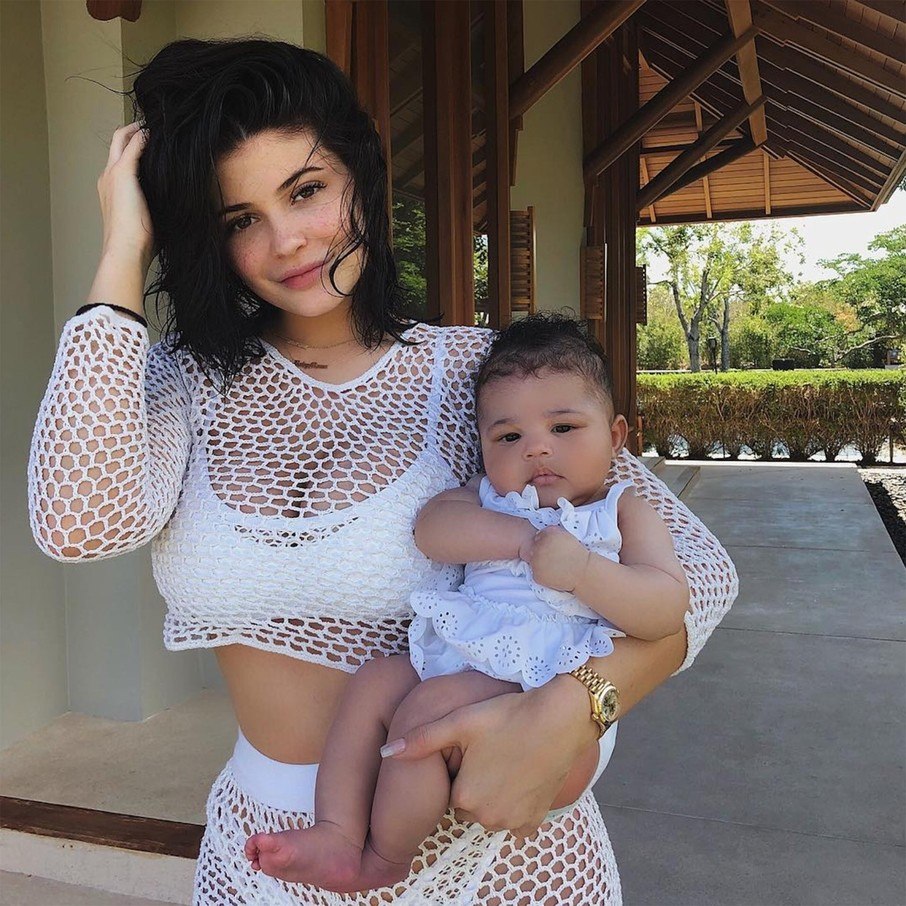 Not satisfied with one kid, Kylie Jenner recently announced that she is looking forward to giving Stormie Webster a second sibling in the near future.  “I want another baby, but when is the question, and I’m definitely not ready right this second, and I don’t know when I will be. But yeah, when I do, I’d love to share more that with you guys,” she said.

However, she may be more ready than she is currently telling. Rumors going round in the U.S indicate that she and her star boyfriend may actually be trying to get pregnant again. Apparently, the two have fallen even more in love following the birth of Stormie while Kylie is reported to be ‘so happy as a mother’ because she is still able to do everything she wants to do and be a present mom.

A few weeks ago, she confirmed that she is already thinking of baby names and even has a particular gender in mind. “I definitely want another girl hopefully, and I want her to have another feminine name, that’s all I know,” she said.

That’s it folks. Kylie Jenner has a daughter with Travis Scott and is looking forward to having another one soon, but you folks will have to wait a little longer for that sex tape.