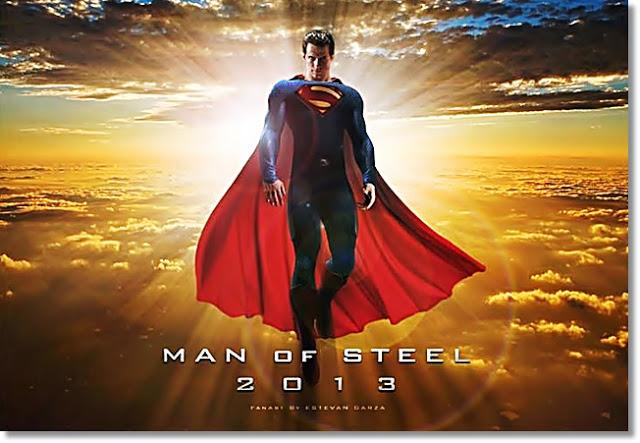 Given today’s level of mind-blowing Hollywood special effects, the greatest comic book hero in the grand pantheon of comic book heroes, Superman, should have been box-office king awhile ago, and now, rightfully so, he finally will be.

From director Zach Snyder, the creator of 300 and Watchmen, comes one of the most highly anticipated superhero flicks of all time – Man of Steel. Without having seen the movie yet, I already know the titanic splash this movie will make upon its release. I’m a lifelong comic book nerd and I think I can safely speak for the millions of my comic-loving brethren that Man of Steel will finally be the Superman movie that we’ve all been pining for.

While most critics adored Bryan Singer’s nostalgic, sycophantic Superman Returns, I couldn’t help feeling unsatisfied as I left the theater. Brandon Routh has the acting range of a doorknob, the plot was predictable as hell with an unoriginal, obvious Kryptonite-centric story-line and I don’t know if I’m right about this, but I don’t think I saw Superman ever punch a goddamned thing in the movie, or do anything remotely cool or awe-inspiring for that matter.

Lookie here fish, the thing about comics and comic book movies is that fans of comic lore want to see their favorite heroes and villains duke it out on screen with all of their fantastical abilities fully realized in brain-melting cool action sequences (Avengers hit this nail on the fucking head). We don’t really want to see our Superman in a weird, emo context like in Returns when he stalks Lois Lane using his x-ray vision to spy on her and Cyclops and then flying away all mopey and shit.

We just want to see Superman punch shit really hard, fly fast as fuck and use his pew-pew eyes and from what I gather from the trailers, that’s exactly what we’re going to see with Snyder choosing equally super-powered General Zod as the main villain. Don’t believe what the critics say. They’re way out of their element on this one and their high-minded “film theory” analyses be damned, because this wasn’t made for them or trivial awards consideration – Man of Steel is a comic book wet dream come to life. It’s chock-full of frenetic special effects indulgences, grounded by a star-studded cast, and rebooted with a brand new origin story. In effect, it’s a comic book film made by geeks for geeks!

Alright, my nerd seizure has abated. Congrats if you’ve made it this far. Now treat your eyes to the hottest, sexiest women featured in a variety of Superman-related television shows and movies!