I hadn’t interviewed Jacky for a while and I thought it was time to catch up on her news. What I love about her replies is that they are full of her love and enthusiasm for her work as writer and director. 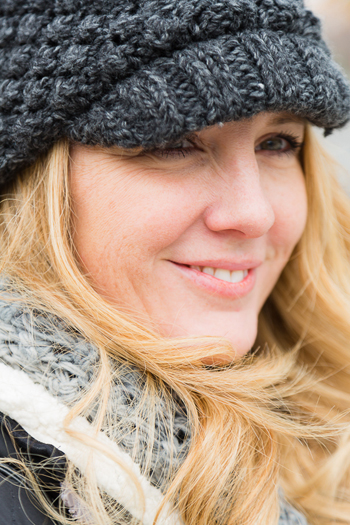 1 Congratulations on your three 2013 AVN Awards nominations. How do you feel you’ve developed as a writer and director since starting with Dear Abby?
Thank you so much and great question. Quite simply, I know more about the business now and I have a very strong relationship with the crew I work with – which gives me a lot of confidence in what I do. I have seen what works and what doesn’t (and subsequently who works and who doesn’t) and have learned from my mistakes as both a writer and a director. Confidence breeds a sense of freedom and I definitely feel that I write and direct from that place. I continue to write for a sense of personal satisfaction, not for praise from critics of fans on message boards. I write because I love to write. I write because I love to create. If that ever changes – I’ll quit the business. I don’t want to live my life for anyone but myself and those I love.

As for The Romance Series…there is some VERY exciting news coming out soon which I am not at liberty to discuss yet…but it’s HUGE. Stay tuned.

High quality narratives are definitely evolving as a genre…and I believe that the popularity in the resurgence of romance films had a hand in that. We are seeing incredibly captivating, beautifully shot, tragic and well written stories flourishing in the industry. Elegant Angel is a shining example of this. Story-driven pornography (whether fluffy romances, or parodies, or big budget art films with edgy story lines) are what will ultimately propel adult films further into the mainstream. 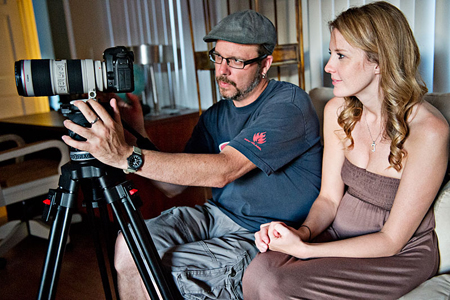 4 You directed Shane Diesel’s Dong. This was your first experience as a commercial director. Will you be doing more of this type of work either behind or in front of the camera?
I love to be creative and if any creative opportunity presents itself – I will take it.For me, directing a fun, light-hearted commercial that utilized a wide variety of shapes, sizes, ethnicities, and personalities was incredibly rewarding. I LOVE people and I love showcasing what makes people unique – and special. For me, my time in front of the camera is not as important or rewarding as the work I do behind the camera. I want others to shine. I want others to enjoy the spotlight. I plan on riding this creative wave as long as I possibly can. I love what I do. I absolutely love it.

5 You’ve modeled fantasy lingerie and bondage gear. Are there any more photo shoots coming up?
I always welcome the opportunity to get involved, and was delighted when I was asked to model Fantasy Lingerie’s product line for Spencer’s Catalogue and NS Novelties’ Sinful Bondage collection. I don’t foresee more shoots in the near future – but, you never know! I kind of dig the idea of starting my modeling career at the age of 36! 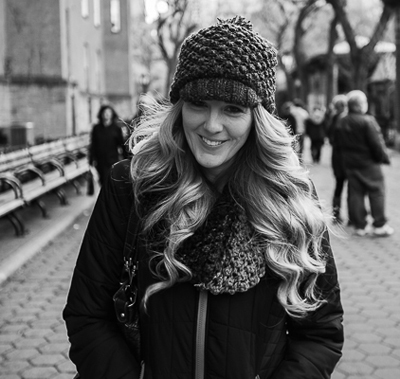 6 Can you tell us about Full Disclosure and some of the guests you have lined up for the show?
For the last several months New Sensations has been releasing a lot of all-sex films and girl/girl films (which they brought on Kay Brandt to write and direct for The Sappho Series). As a result, the need for me to write and direct had slowed down quite a lot. I had to create something on my own to stay busy and inspired within the industry. Full Disclosure came out of that dry spell. Being stagnant is not part of my personality – if the opportunity isn’t there, then create one for yourself!

Before I worked in adult, I had trained as an actor for over 25 years, and my greatest success had always been in hosting. I just love people. I love hearing about their life experiences, their hopes, their dreams, their dirty little secrets. That is the writer in me. I like to understand and know people.
I decided to take advantage of my passion for learning about others and create a talk show where performers, directors, writers, people could use that as a platform to promote themselves and answer some of the less asked adult interview questions. Full Disclosure is much more Charlie Rose than Jerry Springer. My first interview with Steven St. Croix is still in the process of being edited. He provided me with WAY too much great material to actually whittle the episode down to 30 minutes! I adore that man.

As for future interviews — I am open to talking to absolutely anyone…no matter how big or small their name is. I am definitely going to be interviewing Oriana Small (the former adult starlet who penned the incredible book, “Girlvert”) and I have a few adult performers that I plan on reaching out to as well.

I am also collaborating on a pretty big writing project with far more seasoned and experienced writers – but I’ll leave it at that. I’m not a big fan of talking about things that are only in their inception stages. If it works out, you’ll be the first to know. I have to stay busy and stay writing! It’s what I do. It’s what I love.

8 I believe you want to travel. What are some of the places you’d like to visit and why?
I’ve already been to many exciting places (England, Fiji, Australia, Jamaica, Alaska, etc.). I would LOVE to go on an African Safari, or backpack through Europe   (Italy, France, Switzerland, Germany, Spain), or zipline the jungles of Costa Rica, or explore the remote areas of New Zealand, or take a RV road trip through small town America.