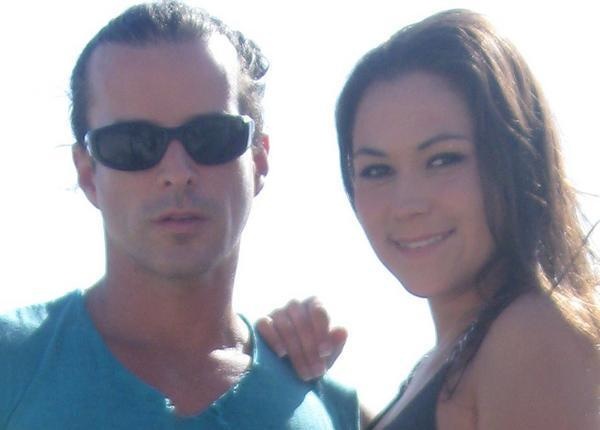 I would be accused of believing, for some reason, that I would be getting “brownie points in heaven” for all the pussy I get in this life, be it on camera or off.

This stupid comment was repeated so many times as if repeating them each time made them more so a fact. And again, my protestations, each time and always, fell on deaf ears.

And this was coming from someone fucking and sucking cock, no holes barred for all to see.

The point within this comment was that, in many ways, there’s a heavy price to pay for “doing the nasty” on camera for all to see for all eternity… including friends, families, past, present and/or future coworkers… and of course, significant others.

While, I’m not advocating that there should be any heavy price to pay for having had sex on camera for commercial reasons, I’m just acknowledging the fact that there is a heavy price.

Interestingly and certainly, if compensations were based this way, where everyone gets paid one million dollars for their first scene, and nothing after that, you’d actually still see many a performer lucky
enough to be employed just once, working more than once… for the love of the sport/game… the adulation, fun and “fame”… and of course, the sex. And all these people would be disproving their own claims, if any of them had made them, that it was “just a job”.

And, a little imagination should suffice to understand the ramifications of those who live or seek out post-porn professions with their carnal experiences forever out there for those around them to witness. While, it really  shouldn’t be a big deal, it, unfortunately, is.

And a little imagination should suffice to understand that personal relations between boy/girl “friends” would be no less potentially problematic, due to having sexual activity with numerous others as a profession.

Whether the ramifications are in regards to work, family, friends or others/significant others, what’s best in all cases is having an open minded, accepting and loving support group of individuals who will not damn and despise sex workers, past and present.

Additionally, it might also make me, what a former frequent LIB commentator who called himself BiggusDiccus, the “biggest loser in the room”.

There’s nothing wrong with hookers (on camera or off).  In some cultures, past and present, they are held in high regard. In this stupid nation, however, you can enjoy any pleasure, and it will cost you money… any pleasure except sex… unless you’re married… And what’s that say about the sanctity of marriage if repressed blue-balled fools end up getting married while so sexed up?

In America, you can get a massage, but if you get a certain part of your body messaged it is illegal. Sorry, mutually consensual activity between adults is illegal in this so called “land of the free, home of the brave”.

One of my exes who also did escorting confided to me that she enjoyed the sex around 70% of the time, including people she wasn’t physically attracted to.

But what made her alleged reasons, assuming they encompassed the whole truth, and nothing but the truth, any loftier than simple barnyard level lust?

Even if the reasons were true, it’s still, no less, self-indulgence. Personal satisfactions, whether they include sexual lust or getting attention and a sense of worth is no less masturbatory.

Is there a heirachical scale where alleged reasons of “fame”, “adoration” and “attention” are more higher up then lust?  Or are these reasons lame excuses for avoiding the simple fact that one, by conventional standards, is “cheating”? Does the fact that one gets paid to have sex with others an excuse for it, or just an added bonus and layer to the whole “cheating” thing; for not only are you having sex with others, you’re also getting paid…. as if that justifies it?

Getting off is our jobs… we’re supposed to enjoy it… it might not always be easy and at times isn’t… but there are times where it, of course, is the best job in the world… as long as the concern of friends, family or  potential future employers is not a concern… or the concern of significant others.

Even if it was for different reasons, which I don’t agree with… it’s still the same thing both are doing… having sex with others.

I called this denialist, hypocritical and stupid… getting off on many more levels than I ever did, while displayed as  property for public consumption, touched by others and hands, mouths and genitals…

For me there really is no such thing as cheating because if my significant other wants to fuck someone else she should. If she wants to have a nice meal when I’m not around, then please enjoy it. “If you’re happy, I’m happy”  has always been my attitude… the kind of attitude you expect from friends, but not so called ‘girlfriends’ or ‘boyfriends’. One shouldn’t “cheat” themselves, I think.

Friends always encourage friends to have as much fun as they can… so why are significant others called boy and girl “friends”, when a jealous and possessive lover is not the kind of thing you’d
call a “friend”?

An open relationship will end the idiotic hypocrisy, especially for sex workers.

So, if you love someone set them free, if they come back to you, you’ll know it’s love in return, and if they don’t they were never yours to begin with. This is a tough lesson for many.
Of course this is all just my opinion and it’s said that opinons are like assholes, but does mine stink?