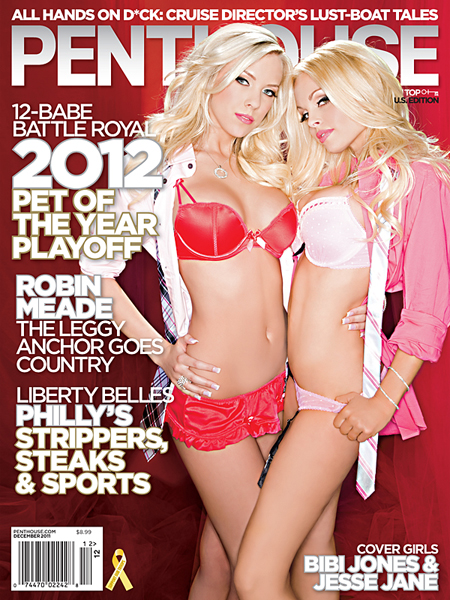 Over the last year, Jesse and BiBi have individually graced the covers of numerous high profile magazines but the December 2011 issue of Penthouse marks their first cover and layout together.

Jesse Jane was ecstatic when she heard the news, “I’m so excited to be on the US cover of Penthouse, it’s an honor. I think the cover looks amazing! Penthouse Magazine has always had the sexiest covers on the newsstands.”

“I feel so honored to be in Penthouse… Especially THE cover!” adds BiBi, “It’s something I’ve wanted since I was a little girl and I’m just so excited now! Thank you Penthouse!”

Fans can see a lot more of Jesse and BiBi together in their blockbuster release “Fighters” at
http://fightersxxx.com/