The pledges have now reached over $8300 of their $10,000 goal, and Kickstarter pulls the plug (because they don’t like the adult nature i am sure!) on the whole thing… 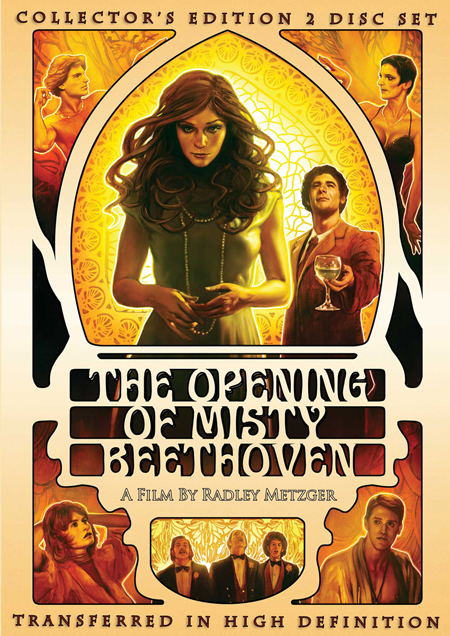 “Despite the film’s historical importance, its artistic merit, and all of our hard work on the film, extras and campaign, Kickstarter has decided that Misty is too sexy for the site and is in the process of terminating the campaign,” wrote Distribpix honcho Steve Morowitz in an email to Kickstarter project supporters earlier today. “Your credit cards will not be charged.”
“Obviously, we’re unhappy about this turn of events,” he continued. “We can name 4 or 5 projects with similar content which have been allowed to progress to completion. We are filing an appeal of their ruling (and any polite, professional e-mails you can sent to KS in our support emphasizing the artistic nature of this film and the integrity of the project would be GREATLY appreciated), but odds are that the project will NOT be re-listed.”

Morowitz and his associates and crew are asking anyone who’s backed the project on Kickstarter to email them [email protected], to let them know who’s supported the project and in what amount (since Kickstarter may not make that information available to them), as they work to figure out how to re-launch the project.

“Since Kickstarter won’t be taking their percentage off the top, we’re going to try to work out how to turn that extra margin into even better rewards for you,” Morowitz promised. “We will keep you posted when we have details. We’re going to come out of this stronger and better and we hope that you’ll be right there with us. This Misty release is going to be one for the history books!”