NL-Although I have sent several requests, I have received no comment from Acworth. 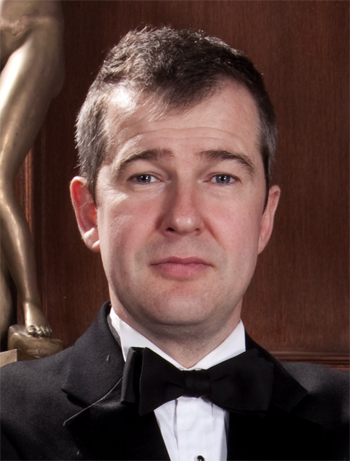 Acworth, 42, was arrested at 8:24 p.m. on February 1st and charged with one count of cocaine possession and one count of delaying arrest, according to Albie Esparaza, a San Francisco Police Department Public-Information Officer. Police were initially sent to Kink.com’s massive, $14.5 million studio/dungeon in the old San Francisco Armory at 1800 Mission St. after a concerned citizen reported seeing a video online of men firing guns inside the premises, Esparaza said. Joshua Carlberg, 40, was also arrested and charged with delaying arrest.

“Basically it stemmed from social media,” Esparaza said. “Someone posted a video online and this person reported it to the police, and they located an indoor shooting range, sort of a makeshift.” Esparaza said police did not find enough evidence for fire-arms-related charges, though the investigation is still open. It’s unclear what video spurred the investigation, or what fetish it might have spoken to. One Kink performer I talked to said that for all the weird stuff Kink puts out, he’d never heard of videos involving live firearms. Acworth is typically fastidious about keeping his torture porn this side of the law, the performer said.

“I’ve always had an intense desire to be tied up, since childhood, so when I discovered bondage pornography around 17, then I felt, I guess I’m kinky, and that’s OK,” he told the Daily Beast recently. “So I started a business to help people demystify it and help them find their sexuality.” Acworth has boasted that Kink has ” never shied away from scrutiny,” and the company offers public tours of its Armory daily. The S&M mania sparked by 50 Shades of Grey and James Franco’s documentary means we’ll probably be hearing more about Acworth in the future.

Acworth’s arrest may give new ammunition to some San Franciscans who fought Acworth’s transformation of the Armory into a sex dungeon back in 2006, but fans and performers need not worry, for now: It appears not to have thrown much of a kink (ahem) in the shooting schedule: The Kink performer I spoke to said he had heard nothing of the arrest, and he was still on schedule for a shoot this week. (Acworth did not immediately respond to an email request for comment; nobody answered the phone at Kink headquarters.)