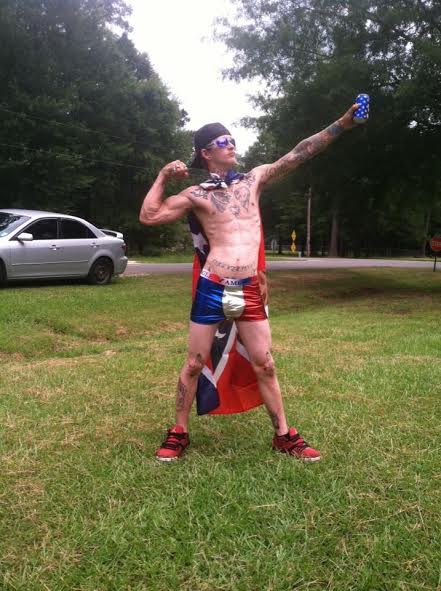 There are rules to using the N-word, like say you were gonna fuck up Eddie Murphy’s couch, you would use the ‘A’ at the end, it’s deemed less offensive and doesn’t have racist undertones.

Whites are never allowed to use the word, even when rapping along to their favorite rap tune.  Do you have any idea how hard it is to rap along to the 5th ward boys or UGK and have to subliminally beep out each and every n-word?  To be honest, I don’t bleep them out in my head, I just keep going, like a fake Slim Thug freestyle.

Hmm, is Kosame quoting lyrics from a MIGOS record? Of course not, MIGOS doesn’t even know what MIGOS is saying, no way she does.  Maybe Rick James, a notorious habitual line stepper, punched her in the face and left the word Unity imprinted on it.. Na, that can’t be it, Rick James passed away..And even if Rick James did punch her in the face, she’s not black, so she still can’t use the N-word..

I guess the only option left is, she meant it in a racist way. Or as I like to call it, the Serenity Haze way. Note the use of the ‘R’ at the end, the insulting adjective used prior.  These are sure fire ways to tell Kosame, Davina Davis and Serenity all went to the same school of racism,  where they all graduated with honors.

On a positive note, there’s probably an Urban X award in it for her.