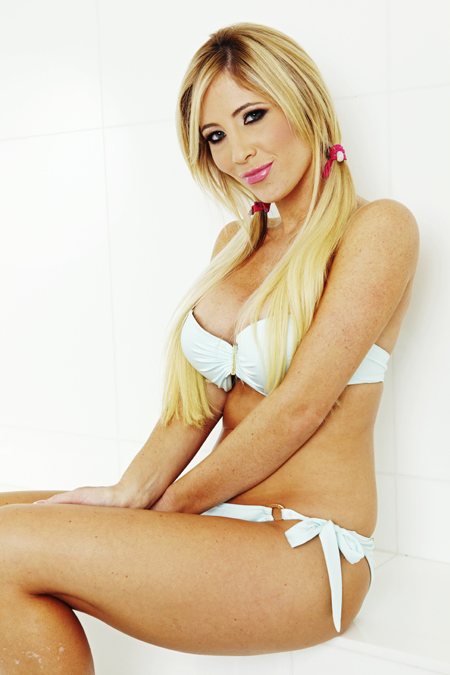 “This is the biggest week in the adult industry’s year,” LA Direct Models owner Derek Hay says. “We’re bringing our superstars — the veterans, the newbies, the rising starlets, the award winners, and the award winners to come — to network with our colleagues and meet and greet the fans in four days of nonstop celebration.”

During the past year, performers with LA Direct Models have worked with the top studios in the adult industry, including Adam and Eve, AEBN, Elegant Angel, GirlCandy Films, Digital Playground, and Jules Jordan Video and will be representing these studios among others at the show.

LA Direct Models performer Teal Conrad adds, “This is going to be my very first AEE, and I’m very excited and thankful for the year I had. LA Direct has done a lot for me, and I’m happy to be signing all three fan days for them. I’m also very thankful to AVN Media for naming be a Trophy Girl at the AVN Awards. 2013 is going to be a great year!”

Signing schedules for the performers will vary, so fans may inquire at the booth for their favorite star.

The LA Direct Models contingent will also attend the Licensed Adult Talent Agents Trade Association’s White Party at Body English on January 18, which is shaping up as the must-attend event during the Expo.

Celebrating its 15th year, the AVN Adult Entertainment Expo is the kickoff event of the adult industry year. Now held at the Hard Rock Hotel & Casino, it presents a one-of-a-kind trade show experience that combines business-to-business transactions, networking, knowledge-sharing, talent appearances, and special presentations for the public. The largest event of its kind, AEE showcases the most comprehensive collection of adult talent, exhibitors and products, which attracts buyers and fans from around the world.

Adult Expo concludes with the AVN Awards show, which will be held Saturday, Jan. 19, 2013, at The Joint at The Hard Rock Hotel & Casino. The AVN Awards Show is the adult industry’s biggest night, and the awards themselves are the industry’s highest honor. With a stylish red carpet pre-show and lavish star-studded ceremony, AVN celebrates outstanding achievements in the world of adult entertainment. The AVN Awards is a must-attend, must-see event featuring the hottest stars from adult and mainstream pop culture.

LA Direct Models’ performers represent a variety of backgrounds, appearances, ages, and sexual preferences, and each one is available to provide a unique perspective regarding the adult industry for mainstream and adult media representatives. Media interested in scheduling an interview with any performer represented by LA Direct Models may email [email protected]

For a complete list of talent represented by LA Direct Models, visit