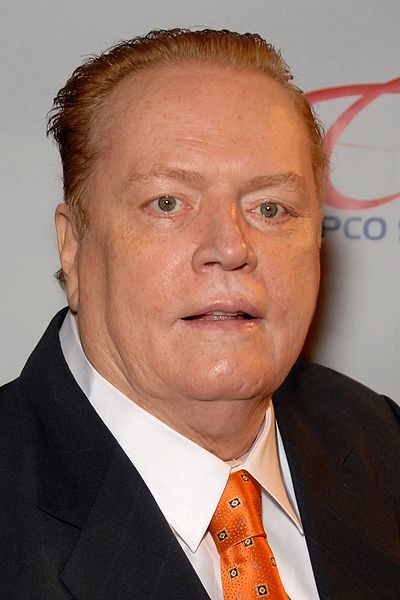 LOS ANGELES — Hustler founder Larry Flynt will be presented with the first-ever XBIZ “Industry Icon Award” by noted industry attorney Paul Cambria at the highly anticipated 10th annual XBIZ Awards Show on Jan. 10 at the legendary Barker Hangar in Los Angeles.
The once-in-a-decade “Industry Icon Award” honors those very rare individuals whose contributions have had the deepest positive impact on the adult entertainment industry.
Flynt exemplifies the spirit, global infamy both within and outside of the industry, and has set the bar for all who aspire to excellence.
Peers of the industry icon lauded Flynt’s outstanding contributions and his unrelenting courage.
Free Speech Coalition executive director Diane Duke said, “Larry Flynt is inspirational in his relentless protection of free expression. He is provocative, as he always pushes the envelope of what society deems appropriate, leaving a wake of people saying, ‘Did he really just do that?’  He has built an empire on tantalizing titillation. Icon?  Hell, that’s an understatement!”
XBIZ President and publisher Alec Helmy agreed and commented that Flynt was without a doubt the first choice for this special inaugural XBIZ award.
“Few individuals ascend to the status of ‘icon’ in any industry, and it is with the utmost respect and gratitude that XBIZ bestows this honor on Larry Flynt, a true pioneer, visionary and relentless crusader for First Amendment rights. His incredible accomplishments and invaluable contributions in every area of the adult entertainment industry have made him not only a hero to those within adult, but also a larger-than-life global celebrity,” Helmy said.
Cambria, one of Flynt’s closest confidants and himself a crusader for civil liberties, also praised Flynt’s accomplishments.
“I have the pleasure of representing some of the most dedicated and accomplished people in the movie and publication industry and Larry stands out as one of the true believers in the freedoms guaranteed by the First Amendment. He is dedicated, fearless and always at the forefront of defending our right to free expression and he is a leader in exposing the hypocrisy of government and religious leaders. His legal battles have served to establish  a body of law important which advances free expression for all of us. His First Amendment balls wouldn’t fit in a dump truck,” Cambria said.
Commenting on the honor, Flynt said, “I am truly honored to be selected for the first XBIZ Icon Award. This is a dynamic industry and I have always been proud to be a part of it.”