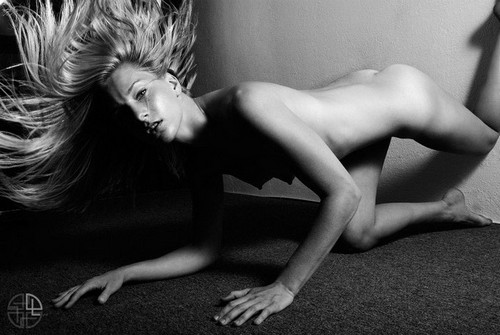 We all remember the above photo of actress Heather Morris from back in May of last year. No big deal right?

Well, Ms. Morris is making a splash again, having apparently been hacked, and by hacked we mean to say that she left her MobileMe account on ‘Public’, and all of her private photos were leaked online.

Including this series of self-shot photos showing her in various states of seduction and undress: