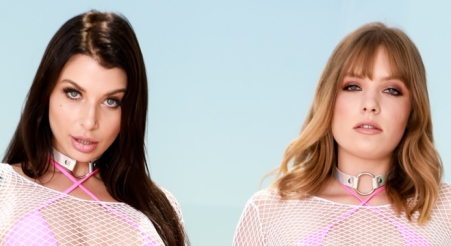 “Cover models Ivy Lebelle and Giselle Palmer dial up the passion in this dripping wet new series,” said Commander Jon Blitt, head of production for Lesbian X’s parent company, O.L. Entertainment. “Mason is at her best as she presents the beauty and chemistry between passionate lesbians who take lovemaking to another level as they explode in a gusher of female orgasm.”

Lesbian X is diverse, both visually and sexually in its celebration of women and their beauty. Capturing each unique experience while staying true to director Mason’s trademark stylistic, high quality visuals. The movie is available now on www.LesbianX.com.