Halloween was meant to be scary ASF. Probably because of the ghostly spirits shit, but over the years, I would like to believe that has changed. Or should I say that people enjoy Halloween better today? And when I say better, I don’t mean the part where there’s collecting candy from neighbor’s but the part where; you can choose to dress nasty for your partner just to get freaky with them in between the sheets or turn up for some lit Halloween party.

There is the widespread belief that Halloween is actually to be celebrated by kids. But come on guys, you were once kids, and candy was only but the beginning of sweet shit you could have in this world. So let’s get this Halloween sex party started any day with some sexy costumes. It doesn’t matter who you even dress your ass up as long as you find a goddamned way to stick your pussy into some tight pussy or asshole. After all, Halloween is the scary festive season that allows everyone to get away with their naughty fetish behaviors. So, you might as well be on some classic premium fetish Halloween shit all the way! 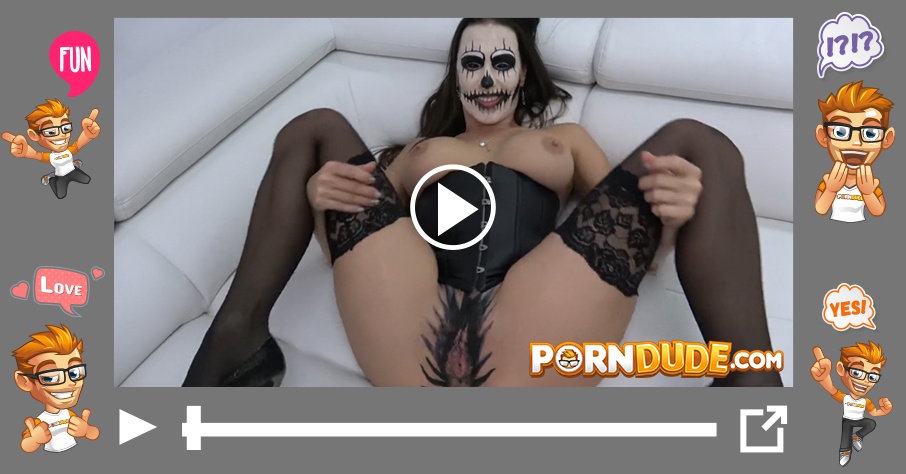 For starters, this shit is scary as shit, especially when the costumes bitch breaks into an unexpected ghostly laugh backed by her scary facial mask. No kidding, I could have even run but those titties men! I had to see them sucked or the nipples twisted somehow. You can only imagine how pleased I was to see her ass banged hard. In fact, I wasn’t even sure her tight ass was going to survive the ruthless stretching. 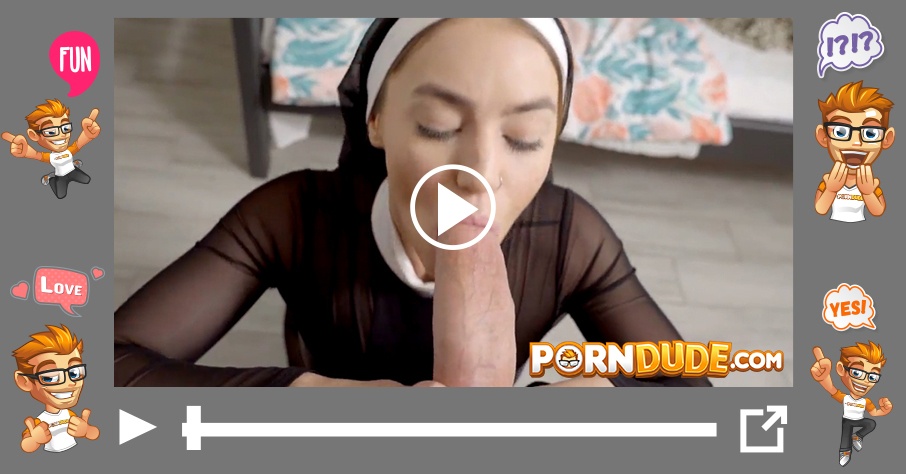 There is always the black sheep of the family, and it looks Kenzie Madison, indeed the black sheep of her good breed religious family. Her dad so upright, especially in teaching religion to her and the brother. But it pretty much seems like all she wants is to fuck in anything anytime. Including her excessively sexy nun Halloween party costume that has her looking like a goddamned snack. I even doubt any man, no matter how righteous, would have been able to desist from sinning. 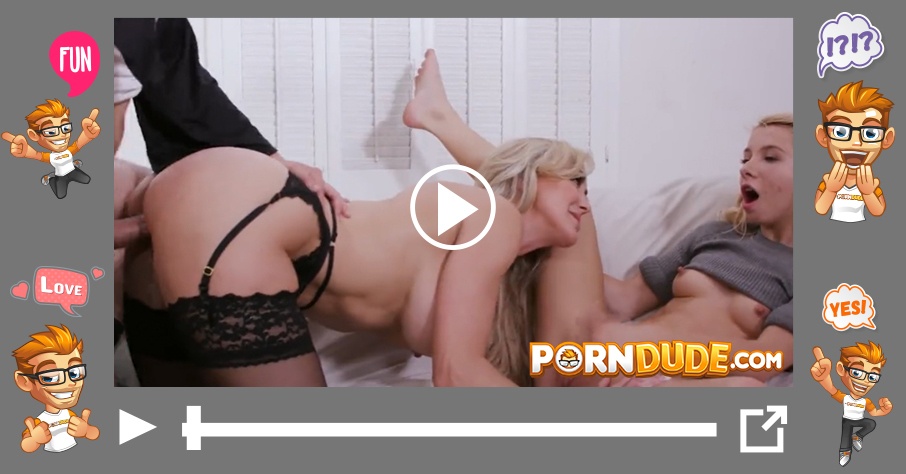 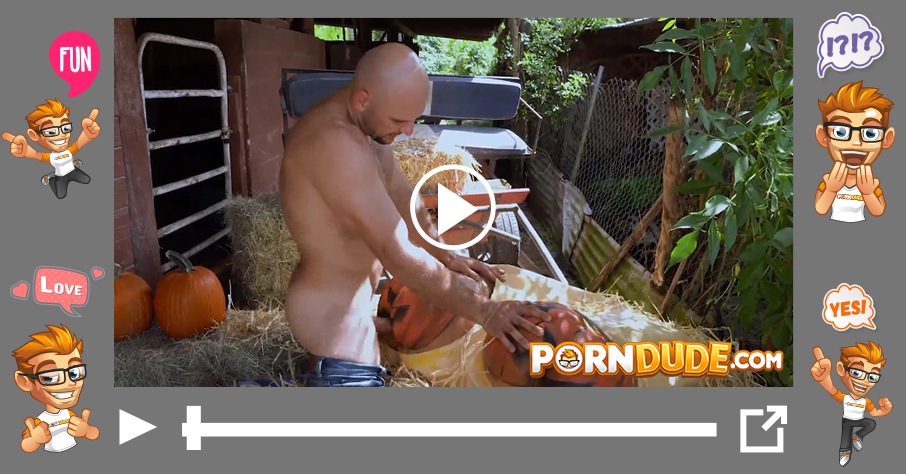 I am pretty sure if there were real-life pumpkin farms with some actual coochies in between them for some tasting and pounding, every man’s Halloween would be a fucking blast. Speaking of pumpkin bootiful bitches, this lucky dude finds himself in that position and does not hesitate to finger and seriously fuck their pussies hard. Probably getting the fuck of his life from two big bootied Latina bitches. And I bet Halloween sex never gets better than this. 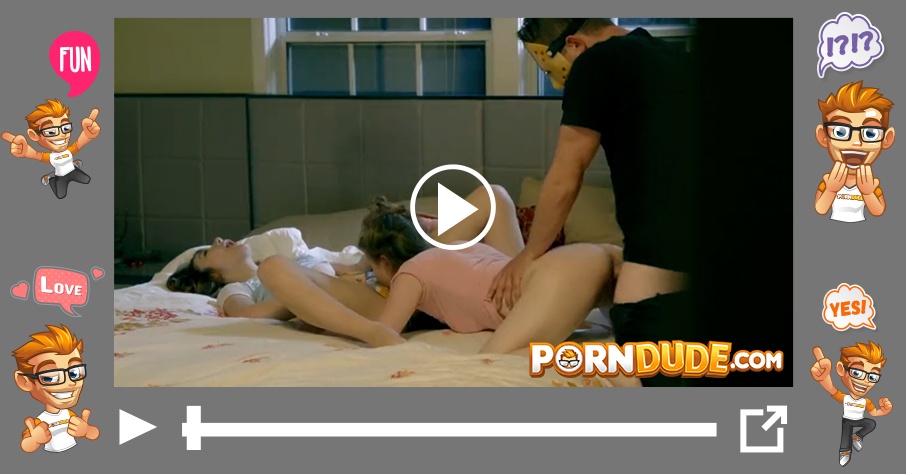 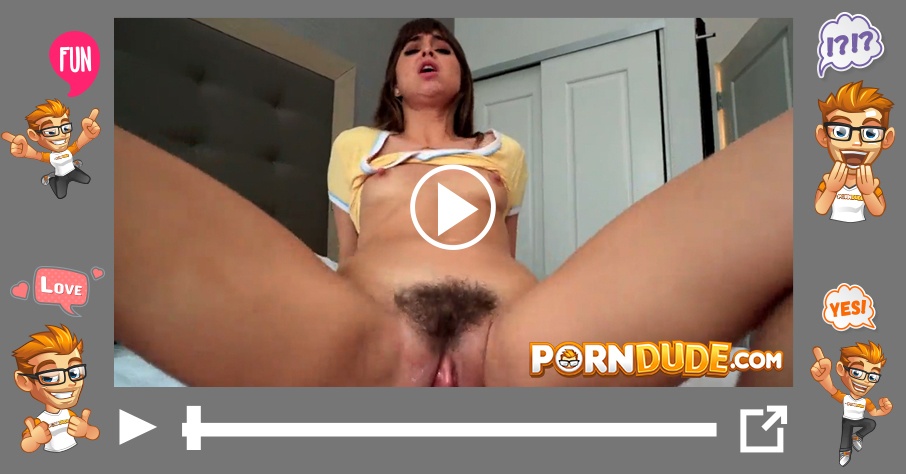 Well, I guess different people take different shit with a distinct magnitude. For Rob’s step-brother right here, she takes her Halloween’ spirits’ game pretty serious, so when it launches a premonition that she might die in her sleep. Unless she sucks her brother’s cock, something she’s more than glad to get down and dirty too. Ending up with a wet pussy that leads her on to his cock so that she has her bushy pussy wrecked in the most amusing way possible. 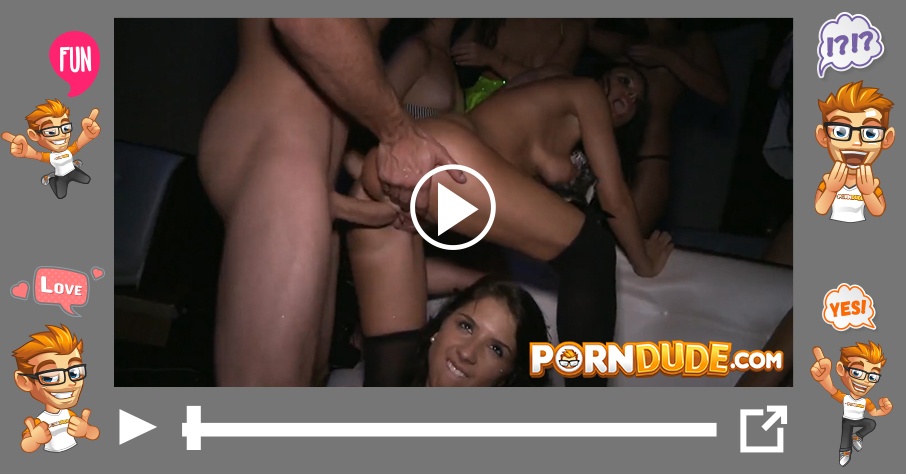 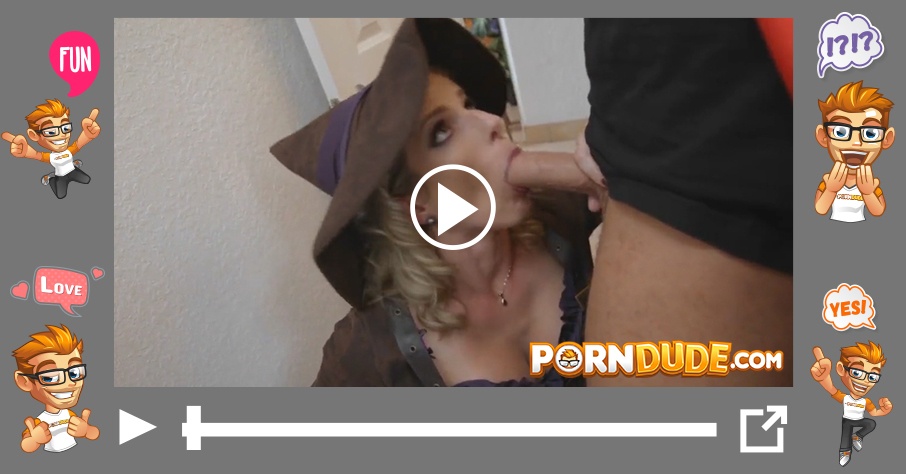 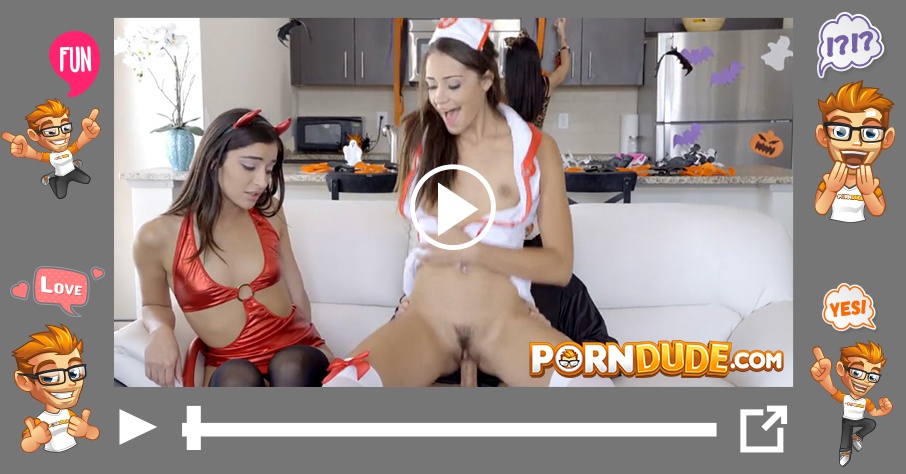 I don’t know why most girls love to dress up as nurses and kitties for Halloween. Not that am against it because, in this Halloween party, they are the sexiest and most alluring bitches ever! Also, there is this thing about the shared care that has the nursing hands tending to balls. While the purring kitty curls her tail up and down as on cocks on this particular Halloween party that will get you racing to get those balls bursting. Ultimately making up for the sexiest Halloween pre-party ever. Now, costumes, especially the Halloween sort, are meant for disguise. To at least give people a chance to act in disguise, and I can’t help but wonder what you would use such power for. This is because, as far as I am concerned, this bitch dressed in Halloween costume might have not been down for some naughty pussy drilling at the back of the cab for her fare was she not in disguise. Don’t you think? 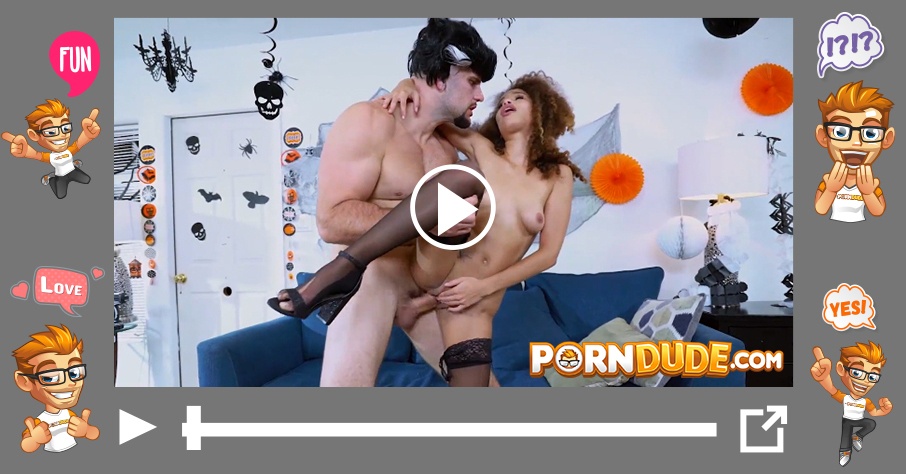 Unruly sexily dressed, Cecilia Lion demands a Halloween treat from Jmac. And since he’s got no candy left, he offers up his man-cane. A treat Cecilia mainly takes well too, kneeling down to not only worship and play with his cock but also suck it pretty deep in her skillful mouth. And you would think she wouldn’t take it much further than that, but she ends up banging her pussy hard on it. 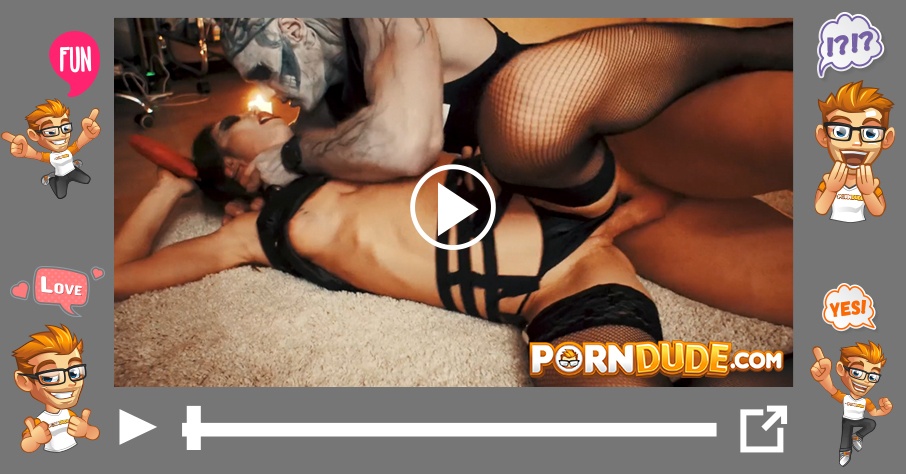 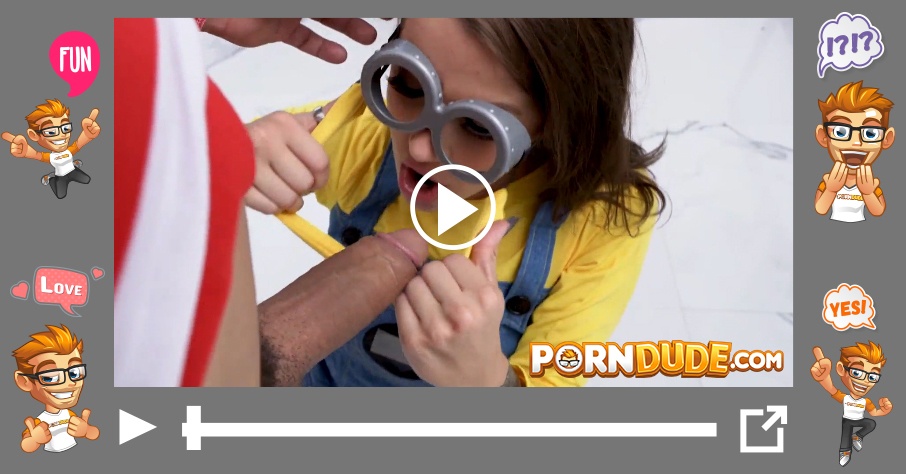 Pretty goggled up, Elin Stone was undoubtedly ready for whatever treat Bruno had come her way on Halloween. Little did she know that she wasn’t going to get just candy but a treat that will leave a lot of vivid memories. A goddamned cock! One, she indeed loves slipping out of the pumpkin to her mouth all the way down to her tight cunt for the best Halloween treat ever! 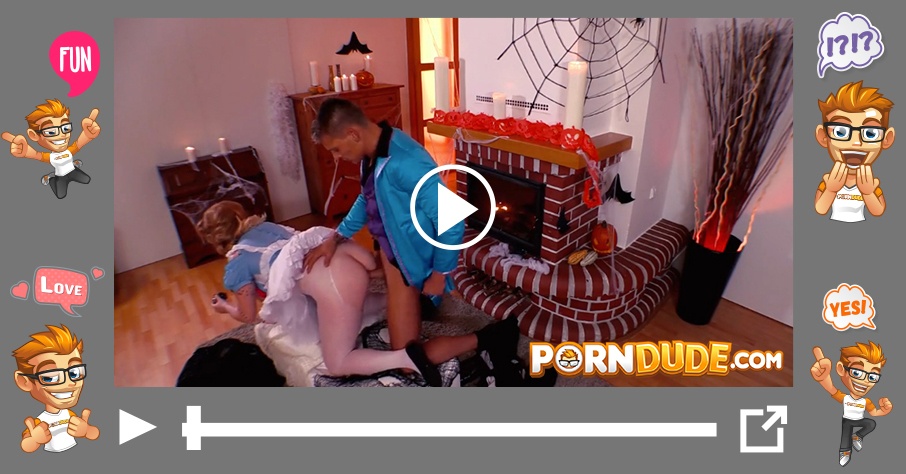 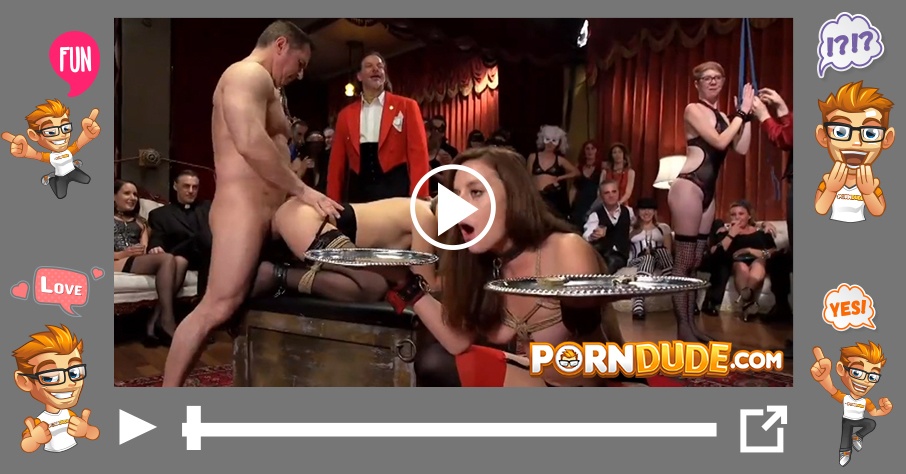