The stream started just about on time and was star studded from the get go. When I came in a 1:45 pm on Friday, I found Brooklyn Lee & Selena on the Hot Seat with Stormy asking fan submitted questions. Seated in front of them was a full live studio audience. 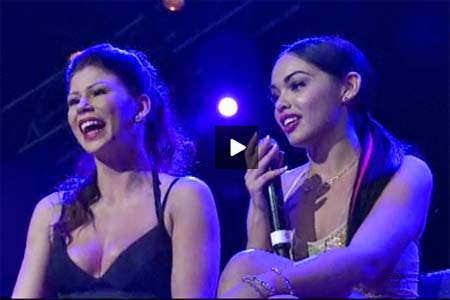 Next up was some play by play from Mr Skin, Jim McBride & Christine (Don’t know Christine but she is a talented talker)

Then we were off to a suite filled with El Dorada Toys. ElDorado owner Larry, did a Q & A  with a host and the always funny Evan Stone. The host was clueless, about the products and the industry, luckily we had Evan & Larry to explain and crack jokes.

I like that each program is 15 minutes, so that if you don’t like what is on, very shortly there will be something else.

We go back to Christine, Mr Skin and now they have Bibi Jones on, so I’ll be back later to virtual later…