Maitresse Madeline Marlowe is the most expensive cam girl in the world. A guy won an auction by paying $42,000 to spend a coveted hour with her online, and he won it twice. However, he never followed through on his winnings and so he never even cashed in his cam shows! Madeline started low in the industry as a girl who was charging $5.99/minute to watch her live on cam. Now she has men who regularly pay $1,000 per minute to get her to dominate them and tell them what to do! Recently, Maitresse Madeline did an interview where she broke it all down as to how she made it all work and how someone else might be able to do the same.

Her first piece of advice is that you definitely have to take this seriously as a business. If you don’t you won’t make it. You have to show up on time, cam when you say you’re going to be on and be courteous. You also have to get to know them pretty quickly and find out what they want right away. 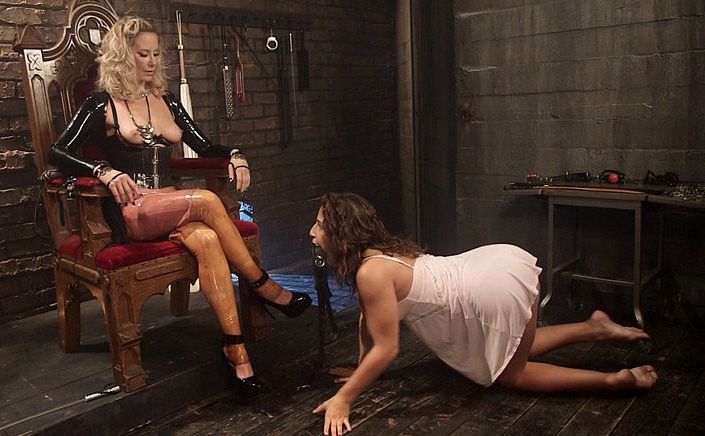 As a dominant, Maitresse Madeline has learned that people always want a piece of her. She says that some people have paid a pretty penny for the contents of her garbage from her bedroom. When she learned that her $42,000 cam client never pulled through, she figured he was probably more of the financial domination type. The act of simply pressing the button to send her the wire transfer of money for the cam show might have been the only thing he needed to get off. She advised her pal Lorelei Lee to do the same thing and lo and behold the same thing happened.

Anyways, if you want to become as much of a successful cam performer as Madeline, you will probably have to spend 13 years building up your career and working hard to brand yourself as the top dominant in the business. If you can do that, then maybe you too will have some guy pay you tens of thousands of dollars to not have a fun time with you for an hour on a live cam show!