Andrew Wardle will finally have the member he never had. The 44-year-old, from Stalybridge, Manchester was born without a cock. He received the so-called “Bionic penis” that will assist him have sex for the first time in his life. Well, if you ask ThePornDude, 44 years is a very long time to live without sex.

Andrew was born with a condition called bladder exstrophy and according to the Mayo Clinic, it is a “rare birth defect in which the bladder develops outside the fetus.” This condition affects just one in 20 million. The condition may also result to defects in genitals, reproductive organs, intestines and pelvic bones. Unfortunately for Andrew, the condition meant that he was born without a dick and only one testicle. 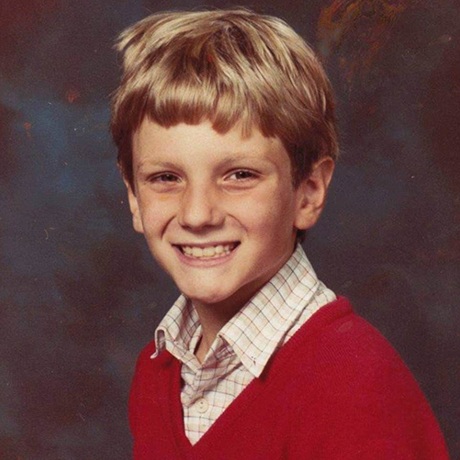 From a reliable source, Daily mail, ThePornDude found out that Andrew spent most of his life in and out of surgery rooms in attempt to fix his bladder and internal organs since childhood. Eventually, doctors managed to place an organ in his body, however, they had to make a special tube through his abdomen that helped him collect urine in a urostomy bag. Although this made it more convenient to pass urine, his general condition still made him frustrated and depressed.

To begin with, his teenage, single mother left him for adoption at birth. No families were willing to take him in because of health problems which left him no choice but spent his childhood in a Foster care. As a youth, he suffered from various infections and has undergone an estimate of 100 bladder-related surgeries. At school, Andrew was always teased and bullied by other kids for being different. After school, he wafted amid dead end jobs and travelled to countries in Europe to work in Holiday camps.

It is sad that in 2012, Andrew attempted suicide.

“My GP knew about my depression and suicide attempts,” Andrew told the Daily Mail. ” 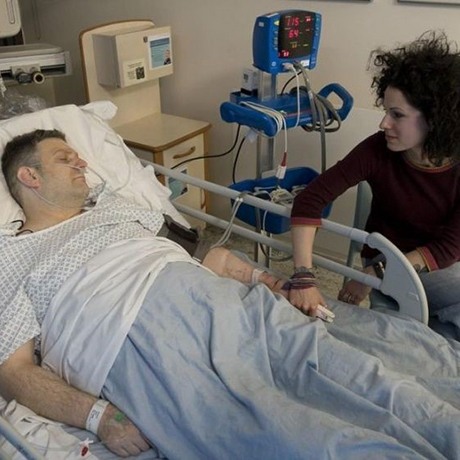 Andrew candle of hope lit when he met Dan Wood, a consulting urologist at UCLH in London. Dan told Andrew that he could build him a new bladder. Then there was Dan’s colleague, David Ralph, an urologist and specialist in genitals reconstruction supposed he could build Andrew a penis.

The doctors successfully removed Andrew’s urostomy bag and substituted it with a “Mitrofanoff.” In accordance to Columbia University’s Department of Urology, a Mitrofanoff is “a small channel that connects the bladder to the outside of the body. A catheter is used to empty urine from the bladder through the channel, and a one way flap valve is used to maintain urine control.”

“I think that saved my life more than my penis,” Andrew said.

“The urostomy was the worst thing. I didn’t feel human, but I thought I was stuck with it.”

David conducted the first on many operations on Andrew to build his penis in November 2015. According to Daily Mail, the overall cost of building this new member was about $65k.

Skin and muscles from Andrew’s left arm and a vein from his right leg are what David used to construct the new penis. The skin and the muscles were wrapped around the vein and then made to look like a normal penis. The whole thing would then be attached on Andrew’s body surgically. And how is the penis is made to erect? Well, the new cock has an implant which is pumped full with saline fluid to make an erection.

Andrew confesses that he is in a lot of pain following his last surgery 8 days ago. Doctors left him with a permanent erection so that the skin can be appropriately stretched. He will live with an erection before the doctors can eventually deflate it.

“I’ve barely ventured outside my front door for the last eight days as I’m terrified people might get the wrong idea.” Andrew said.

As for losing his virginity, Andrew will have to wait for six weeks before he is allowed to have sex with his girlfriend, Fedra Fabian. It is however to be noted that he doesn’t mind the wait.

He said: “I’m very excited that I can move on now.”

“But I think having sex for the first time is more of a big deal for everyone else than it is for me. I’ve spent 44 years without a penis, and I’ve coped with not having sex for all that time. It will take me a while to get in the swing of things.”

Andrew told Daily Mail that sex with his six year girlfriend, Fedra, 28, will, “happen when it feels right.”

“There’s no hurry. I’ve gone all my life without sex —you can’t miss something you’ve never had.”

“So although I’m looking forward to it, it’s not something I’m desperate to do.”

Andrew made it clear that he is definitely looking forward to learn all about sex before losing his virginity, but he is more excited about the bigger things that lay ahead. The doctors will give directions on how to do the pumps and he will have to inflate and deflate daily in the next six weeks. Thereafter he can then use it appropriately.

“For me, [sex is] not the be-all-and-end-all,” he said. “It’s a by-product of the operation. It will enable me to feel part of society.” 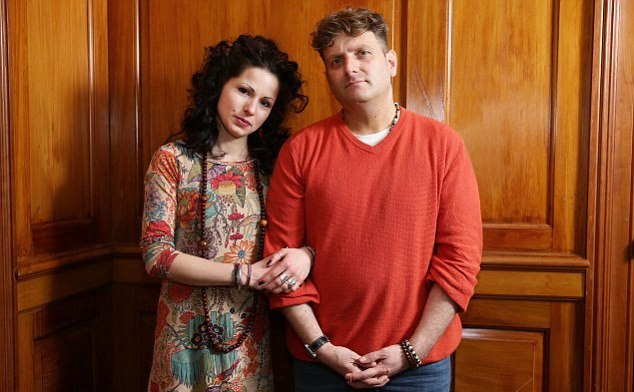 Like I mentioned, although Andrew was born without a dick, he has a testicle and the surgeons were able to successfully connect it to the penis with a pump so that it can operate like a real one. This means that he should be able to produce sperms and theoretically, potentially bear kids.

Concerning this, Andrew said: “The doctors have offered to test my fertility but I don’t want it. That would be too much. I want to take things one step at a time.”

Well, 44 years is a lot of years to wait. Andrew is living proof that there is more to life than just sex. I don’t know how Fedra survives in this long term relationship but she is a strong woman. ThePornDude can only wish them well as they are about start their sexual life.