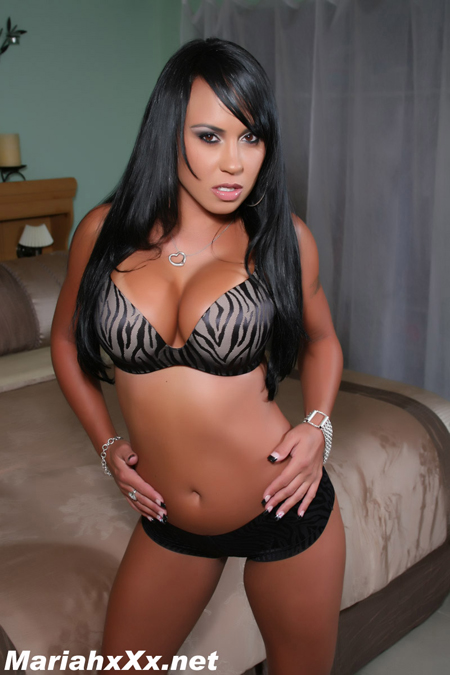 The shows’ title says it all: “Mariah Milano: Unfiltered. Can YOU handle the truth?”   ”We approached Mariah because she’s an entrepreneur and an excellent communicator,” said Jack Sullivan, HotTalkLA’s Founder and CEO.  “She has a very unique take on the world that should translate into fresh, riveting shows with an original point-of-view.”
The basis of the show will be the always outspoken and opinionated Mariah doing a weekly show with subjects ranging from her 14 years of experience in the adult film world and many controversial in your face topics such as plastic surgery,  self shot photos on social networks, porn stars escorting, the public view of people working in porn and whatever else comes to mind. “I have always had my own way of thinking and people seem to respect  me for it. They don’t always like what I say but at least I have the balls to say it and stand behind it,” Mariah says, “and that seems to resonate with most people.” She goes on to say, “I am not going to do a show that is just me talking shit because I don’t want it to be negative. I want to use this opportunity to say things that I feel need to be said. I am not out to hurt people’s feelings or to insult anyone. Well, unless they deserve it!” she says laughing. Mariah’s show will also have a segment on food and travel that ties in to her enormously successful new project DinnerWithaPornstar.com that features travel blogs and cooking videos as well as hotel and restaurant reviews from her travels around the world.

When we asked Mariah about her lack of radio experience she said, “I have tremendous respect for radio personalities like Sam Phillips who I listened to on 97.1 in LA for years. This is perfect for me because I have always wanted to have a format where I can say what is on my mind and bring attention to things that seem to be ignored or just accepted. More than once I have been called “The Mouthpiece of Twitter” because I don’t hesitate to call someone out on bullshit or tell someone off,” Mariah says. “I think that when someone is acting like a dickhead they are in serious need of someone pointing it out. I have plenty to say and may not have the experience but I am very dedicated to my projects and learning and certainly have a big mouth and the perfect ego to be on the radio!”  She laughs out loud and it is clear Mariah is not kidding around but seems shy in a little girl kind of way.
“I plan to have some interesting guests as well as offer a different voice and point of view to the listeners. I have only been a guest on radio shows so hosting my own is a great challenge and I am really looking forward to it,” Mariah says.  Mariah’s show will premier on Saturdays and be available on demand once it’s archived at http://hottalkla.com.