Mariah Milano Releases New Video Game – The Fantastic Fivesome
The Fantastic Fivesome is the newest video game release from Baller Industries starring Mariah Milano and a bevy of babes including Kiki Daire and Miko Sinz. The characters are fully voice-acted by the stars themselves and features rich and fluid motion characters.
In the game the player has been diagnosed with a rare and terminal disease. The only known cure is to have a fivesome with four extremely good looking women. So begins your quest to seduce numerous beautiful women for the purposes of a fivesome!
The Girls

Mariah Milano – A rock and roll chick, you meet her at some dance lessons. She’s into heavy metal and in your first date, you have to try persuade Mariah to go to a concert with you.

Miko Sinz – The fashionista, she spends a lot of time thinking about her outfits and follows the latest fashions. You meet Miko in a luxury clothing store.

Kiki Daire – The fitness guru, as an ex-athlete, fitness is hugely important to Kiki. You meet Kiki at the local swimming pool.

Veronica – The gadgets nerd. Veronica loves technology, on your first date you go to a lecture on computer programming.

Mariah tells us that the game’s creator Angus Cheng came to her with the concept and she immediately wanted to be a part of it. “Angus had a great concept and his ideas are really original and smart.” Mariah says. He put a really cool spin on the artwork and character identities. The character design was done by Japanese artists so they are not the typical video game vixens. The animation is really good too and I enjoyed the script a lot.”

The game’s release has been highly anticipated by fans of the stars and enthusiasts of reality role playing gaming.. Angus Cheng tells us that the initial sales have already exceeded expectations and discussions of a volume 2 are already in the works. Cheng’s company Baller Industries http://ballerindustries.com has had several releases including “Let’s Get Fiscal  “Get Rich or Die Gaming” as well as “Rock Bottom”.

“This game has been a lot of fun to be a part of and I have already committed to the sequel!” Mariah says.

The game will be released on February 1 and can be purchased on http://ballerindustries.com 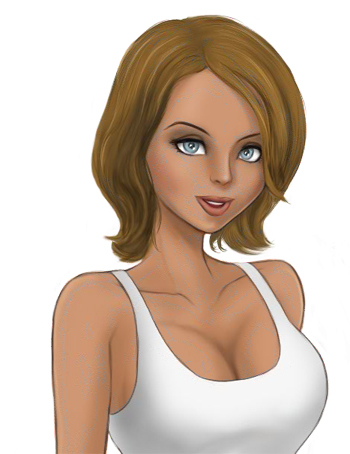