What happens when you combine a public sex club, with the hoards of abandoned buildings leftover in the now defunct city of Detroit Michigan? THE MASONIC TEMPLE in Battle Creek Michigan!!! LOL JK but seriously, these people I’m about to tell you about might have had better luck in the abandoned slums… 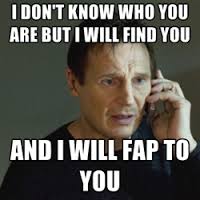 WWMT reports “Sources told us the first officer to walk inside, was shocked to find a couple performing a lewd sex act, along with drugs, multiple nude women and men videotaping it all behind these closed doors.”

A spokesperson from the Temple claimed a group of people scrounged up $900 to rent the space for an apprent “dance party”, however it seems the plan was quite possibly to expose these drug hungry whores like the inner sluts they so likely are! Why they chose to perform such acts in such a sacred place though? Nobody knows! It’s unclear about what drugs were present as well.