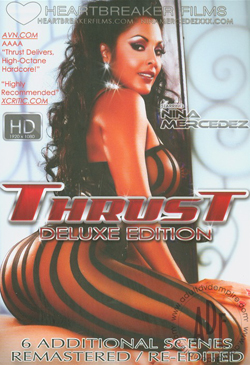 Two of my favorite performers, Voodoo, and Gianna Lynn did a scene together and their chemistry was amazing. Gianna talked dirty and looked delicious. Voodoo knows how to eat pussy and tease her just right with his cock. Got my panties wet!

Nina and Shyla did a very pretty girl/girl scene with lots of flexibility and toys. “I have had a sex crush on Shyla Stylez for years!??? says Nina. “Fans have been requesting that we work together for a long time. Our scene was very sexy. We couldn’t keep our hands off of each other! It did not matter whether the camera was rolling or not.???

“We worked very hard to get the look of the movie right by coordinating with the right performers and crew,??? says director/performer Raymond Balboa. “We always ask the female performers who they would enjoy working with, so that they can give an exceptional performance. I want to capture the chemistry and the raw sex that happens when two people come together who are completely hot for each other. We did exactly that!??? And he adds, “We took 110% control of creating Thrust from start to finish. The final product is a movie that all XXX fans are really going to love.??? 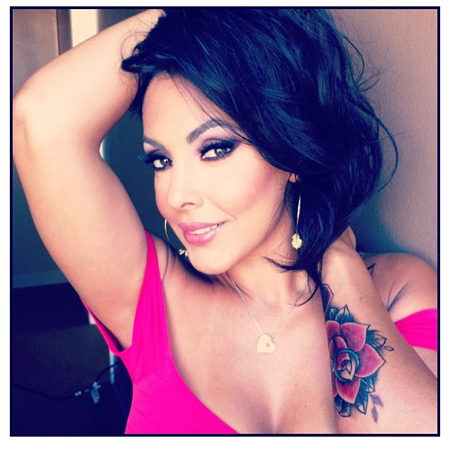 Nina Mercedez says-“I was really eager to please my fans so in the opening scene I decided I was gonna deliver. I did my very first cream pie and I was so happy,  Since 2008 I have heard Fans say “Thrust” was a great movie so I decided to revamp it in HD and add all the solo scenes we shot. The movie was recently reviewed and someone said the solos scenes were so hot a movie could have been made of those alone! I am excited about being able to re-release it and now it is selling more than in 2008! At the time the scene with me Ray and Brook was the darkest type of scene I had done. It was my first 3 way with Ray and my first cream pie.“

Run by Mercedez and her partner Ray Balboa, Heartbreaker Films previously produced “Sexual Icon”  and the story-driven feature Mercedez Takes Control. Thrust is a wall-to-wall production that pushes sex to the limit.

“I am so excited about this movie,” said Mercedez. “It is my best one yet. The style of the movie, along with the intensity of the sex scenes, will be an incredible experience for my fans.”

Also featured in the movie are scenes with Gianna Lynn and Voodoo, Sophia Lomeli and Ben English, and Naomi Bankxxx with AVN’s 2008 Male Performer of the Year Evan Stone.