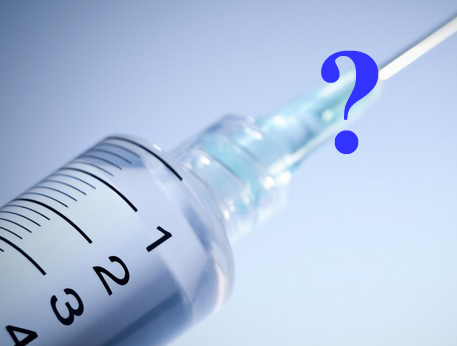 Syphilis and Forced Employer Vaccinations…
On August 22, 2012, in Legal, by adultbizlaw

Today APHSS & the FSC begin a regiment of providing free antibiotic shots to porn performers in order to prevent the spread of syphilis. I have received numerous emails, texts, phone calls and DMs on Twitter from various members of the adult industry community as to the legality of an employer demanding that a worker receive a prophylactic antibiotic shot an as a condition of employment.
Basically, it is my understanding that certain production companies will not hire a particular performer unless they can show proof of receiving the antibiotic shot for syphilis through the APHSS system. I am unaware of any exception to this condition by APHSS or FSC that would allow a performer to seek out the consultation of their own physician as to the risks and benefits of receiving such treatment. Even though the prophylactic antibiotic shots begin today very little information has been disseminated to the performers other then if they receive the shot they can return to work in as little as 10 days. I have not seen much in the way of information being provided to the performers in regards to the risks of the antibiotic shot or the side effects of such. Nor have I seen much in the way of alternatives being proposed.
I cannot and will not provide medical advice. What I can say is that, legally, every person has the right to chose their own medical treatment from their own physician and if necessary refuse such treatment.
In California it is a well established rule of law that a physician who performs any medical procedure without the patient’s consent commits a battery irrespective of the skill or care used. The consent of a patient must be “informed.” Under the doctrine of informed consent the patient must have the capacity to reason and make judgments, the decision must be made voluntarily and without coercion, and the patient must have a clear understanding of the risks and benefits of the proposed treatment alternatives or nontreatment, along with a full understanding of the nature of the disease and the prognosis. Accordingly, the right to refuse medical treatment is equally “basic and fundamental” and integral to the concept of informed consent.
I urge all performers to seek out a consultation from their own physician as to the need for antibiotics for treatment for a disease they may not have and may not have even been exposed to.
As to whether an employer may force inoculations/vaccinations as a condition of employment it may be permissible under California law, however, any performer having an adverse reaction to the inoculation/vaccination would have a civil lawsuit and a workers’ compensation claim against the entities and production companies requiring such inoculation/vaccination as a condition of employment. In Maher v. Workers’ Comp. Appeals Bd., 33 Cal.3d 729 (1983), a nurse’s assistant was required by her employer to undergo a physical examination that included a test for tuberculosis. When she tested positive for the disease, she was required to undergo treatment for tuberculosis as a condition of continued employment. She developed a significant adverse reaction to the treatment. The California Supreme Court held that employer-required medical treatment for a nonoccupational disease arises out of the employment and is compensable. (Id. at p. 738; see also Roberts v. U.S.O. Camp Shows, Inc. (1949) 91 Cal.App.2d 884, 885 [205 P.2d 1116] (Incapacity caused by illness from vaccination or inoculation may properly be found to have arisen out of the employment where such treatment is submitted to pursuant to the direction or for the benefit of the employer.)
By demanding and directing the prophylactic antibiotic shot, those production companies requiring such open themselves up to a myriad of liability as to any death, incapacity or future treatment resulting from such decision. It is cautioned that the performers seek medical advice as to the treatment and production companies seek legal advice to the ramifications of demanding forced prophylactic antibiotic shot as a condition of employment.