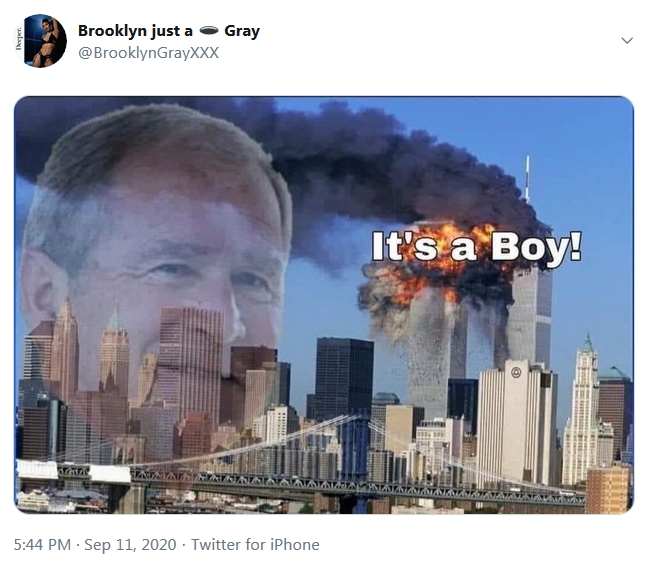 We know Brooklyn Grey’s not smart, after all she started out with Hussie, and she dates Mike Mancini. But this really pissed us off. We’ve heard from two companies who said they won’t be shooting her anymore over it.

Other stupid people who retweeted or liked it include OC Modeling’s Laney Grey and Lilly Bell, Motley’s Vanessa Sky, VIP Connect’s Kimber Woods, ATMLA’s Liv Revamped, and Father of the Year Danny Mountain. I’d suggest those companies and others pay attention to who else thought it was funny.

9/11 is one of the few things that should be off limits, at all times for jokes…

I ignore a lot of shit, but not this, fuck anyone who thinks this is funny. My only hope is one day you suffer a  painful death, so I can make a meme and a have a few laughs.