The murder of the teenage girl, Nirmala Pant, drew widespread protests across the country as people accused the government of not taking enough action. Dozens were injured during the protests even as a video emerged showing police destroying evidence. The Nepal government drew further ire by claiming the protests were against the ruling party.

According to Binaya Bohara, CEO of Vianet, an internet service provider, the government directive would be difficult to implement. “There are many back-end ways to reach these sites. It’s not a very effective way of doing things,” he said. 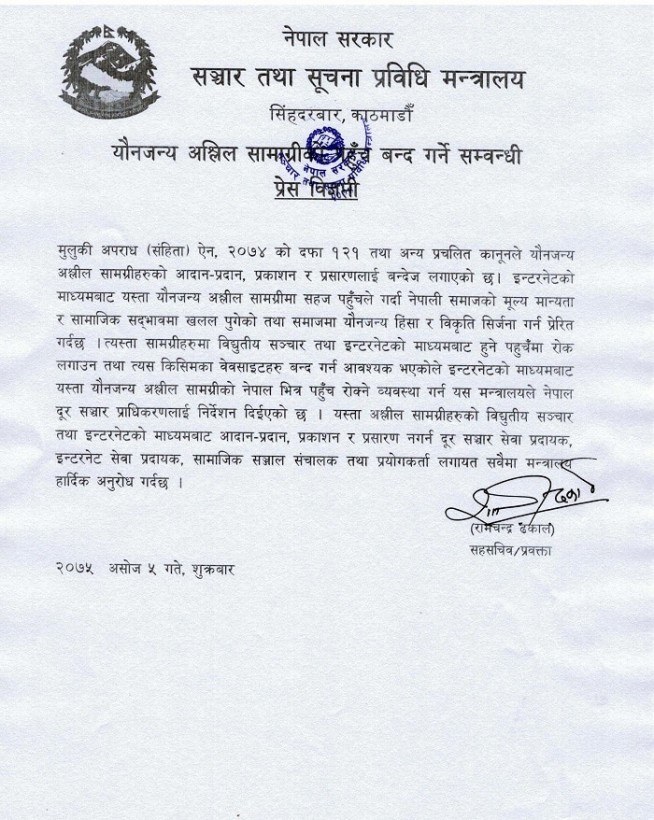 The circular reads: ‘The Criminal Code 2071 article 121 and other prevalent laws prohibit the production and dissemination of sexually obscene contents. In order to prevent the access of such content through electronic media, the need of pulling down such websites inside Nepal has become necessary.’ 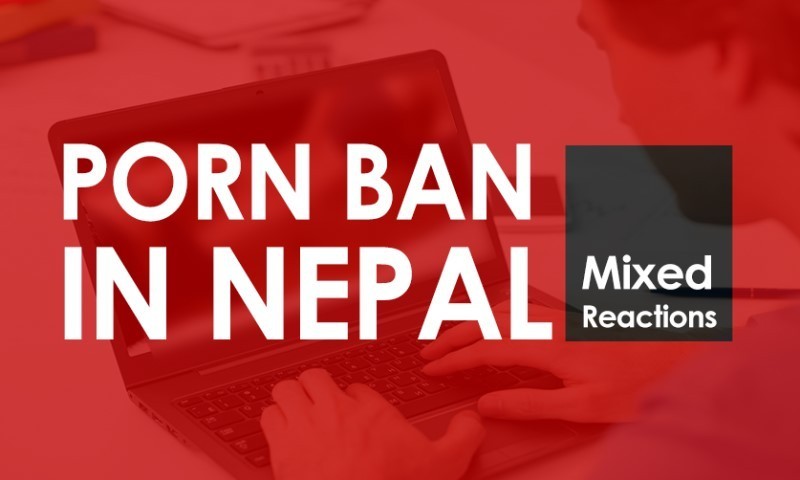 The move has drawn criticism from sexologists who argue that the government failed to consult with experts on its decision since some pornographic content is essential for people in terms of creating awareness about sexuality. Others have termed the move ‘a diversionary tactic.’ According to the latest Alexa Ranking, four pornographic sites are ranked on the list of top 50 places in Nepal.

Leading the critics is Women’s rights activist Mohna Ansari of the National Human Rights Commission who opined that the move shows the government was “closing their eyes to the reality”. “This is not a solution to control sexual violence and rape,” she said adding that the real problem was a lack of justice to the women who report sexual violence to the authorities in the deeply patriarchal country.

Meanwhile, Lawyer and internet freedom activist Babu Ram Aryal has termed the move ‘ridiculous’ saying it exposes the government’s “lack of understanding of how the internet works“.
Shubha Kayastha from Internet Society Nepal argued that the move was simply a diversionary tactic to hide the government’s incompetence in handling rape cases. She said in a statement: “A better approach to addressing sexual violence would be to empower people and respect their sexual agency, and punish the perpetrators of sex crimes.”

One university student had the following to say about the ban: “[the] government is just wasting their time on the pointless task. Instead of banning pornographic sites, the government should work on enforcing strict rules and regulations.” 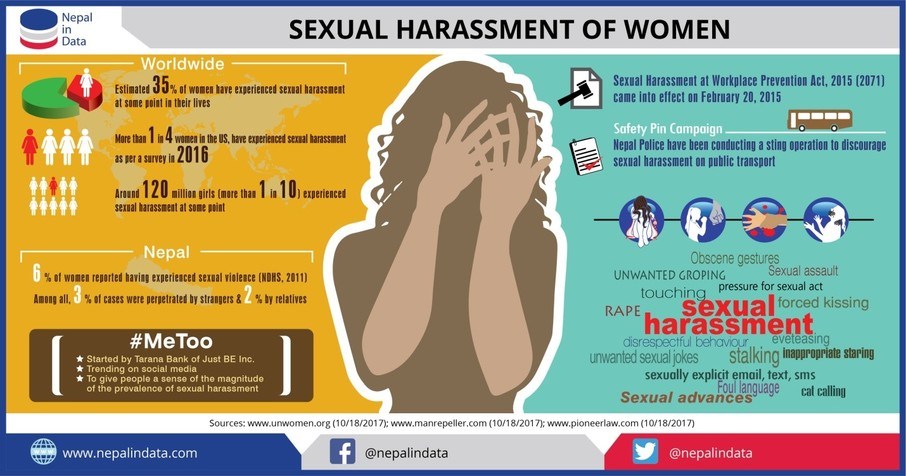 For context, the last couple of months have seen police record 479 reports of rape and attempted rape cases which is more than the cases recorded throughout 2008 and 2009. Reported rape cases have also risen sharply in the last few years, rising from 1,093 to 1,677 in 2017. Records at Nepal’s Central Child Welfare Board show that 60 per cent of reported rape victims in Nepal are younger than 16. A third of all victims are younger than 10.

Just last month, two teenaged sisters Samjhana and Sushmita Das were attacked with an acid by a neighbor as they slept in their house. It took 7 hours to take them to the nearest hospital. Sadly, Samjhana, 18, died during treatment. Ironically, the attacker was actually a family friend who even accompanied the family in hospital. Apparently, he had contacted the victim 180 times within two weeks before the attack demanding she has sex with him. Additional statistics show that the number of acid attacks has doubled since 2016.