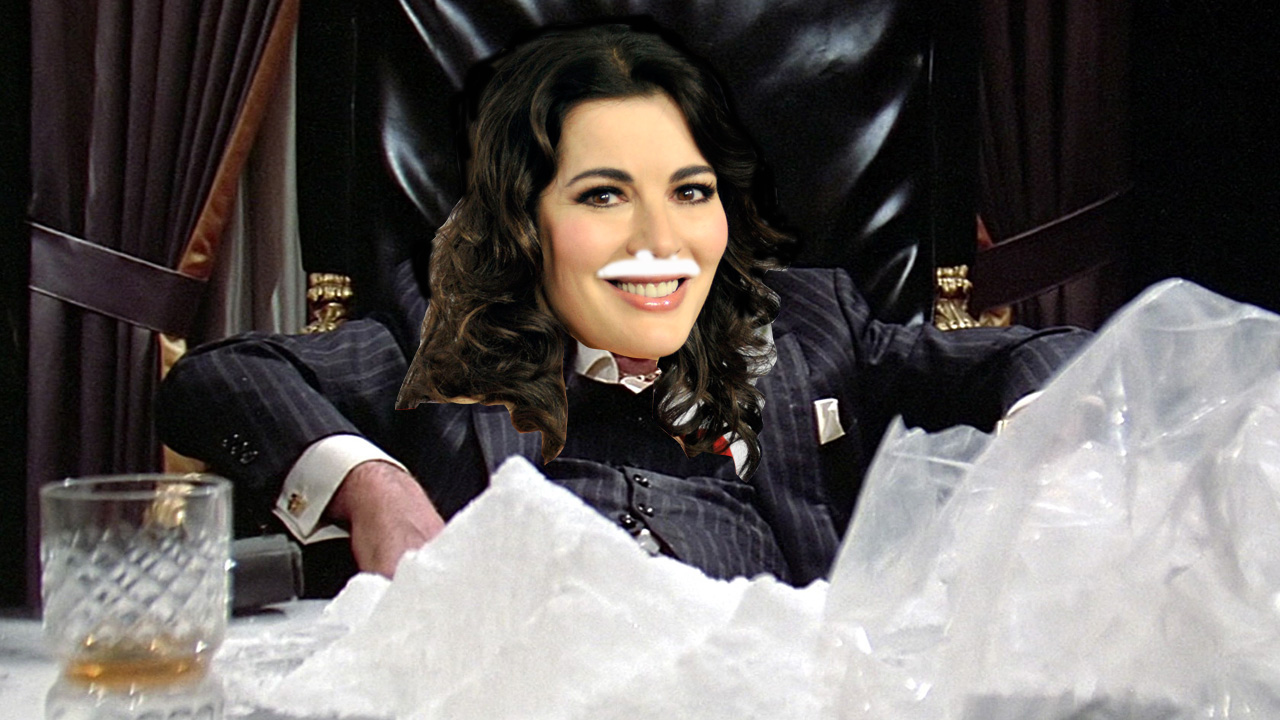 Shame on all that smeared poor Nigella Lawson’s good name.  The fact that she was/is a high profiled television star on the food network, and primetime programs catered around food is apparently not enough news to keep this gorgeous bombshell out of the negative headlines.  Apparently she’s had a nasty cocaine habit for many years and it’s all coming out now, as her “handler’s” who have been paid pretty nicely to keep their mouths shut, are no longer doing so.

They have threatened to spill the beans on plenty of occasions, and have black mailed her for more money then she has, to keep their mouths shut on the subject.

It’s all bogus anyways, so what if she has a problem…?  And if not, even better… Why talk about her?  I’ll tell you why…

Because she’s hot. That’s why.

However, you will notice that in most pictures she’s tide up tighter than two coats of paint.