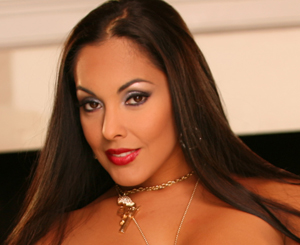 Now that social networking has become so very popular, there are some dishonest people trying to cash in on the blueprint of “ONLINE POPULARITY CONTESTS” with worthless titles as the prize. They are trying to cash in and use the adult community to push traffic to their sites.

Now, we must separate the reputable companies that are actually helping and promoting the adult industry in the right way. Some contests are very legit and offer many benefits. Some perfect examples of reputable companies are Freeones.com, Twisty.com, and Booble.com, LatinBabeIndex.com.
Other websites and online magazines have now seen how popular and how much traffic can be gained by holding such a contest. They will promise great incentives and prizes. When girls see that their name is in competition they will clamor for this bogus non-respectable title. But their promises are empty!

A great example of this is something I recently experienced with “The Freak Squad”. They were fairly unknown to the adult community until recently. They befriended all of the industry’s girls on Twitter. As an adult community we embraced them especially once we saw that respectable people in the biz were taking them seriously. The people over at “The Freak Squad” noticed how well the top name porn-stars were able to push traffic to the “Miss Freeones 2010” contest and LatinBabeIndex.com sites so they decide maybe they could benefit too!  By putting up their own contest and offering the title of “Freak Of The Year” and throwing tons of top porn-stars and cam girls into a poll for the fans to vote. It is the blue print of the Miss Freeones contestant list and the poll runs until July.

If you watch the Freak Squad Twitter you will notice how they talk about the Alexa rating quite often.
At first we all received an email stating the contest had started but they didn’t know what the prizes were going be until the semi-finals. Which makes me think that someone had not thought things through.  It seemed very rushed and they wanted the traffic, so they needed to get the voting started and get the poll up asap.

A week after the contest started, I contacted “The Freak Squad” and suggested they interview Lovable Dolls (the company who is making my life-sized platinum silicone love-doll). I had just gone to LA to do my 3-D scans and moldings. I love working with them, they have the best stories and a very interesting outlook on the biz. So I contacted Lovable Dolls and did my best to set them up to do an interview. The next day I received an email which you will find below stating “The Freak Squad” had spoken with Lovable Dolls and not only did Lovable Dolls want their opinion on who should be scanned for the next Lovable Doll, but they clearly stated Lovable dolls had promised that the winner of The Freak of the Year would be scanned into the next celebrity doll. The e-mail also stated that the winner would receive a free shoot from Twisty’s. I guess the folks over at “The Freak Squad” don’t realize that porn-stars actually get paid to do photo shoots! We don’t go out and work for free because someone calls it a prize. The actual email is below

—–Original Message—–
From: Mr. Goodbar <[email protected]>
To: The Freak of The Year Awards
Cc: The Champ, Ashley, Nomination Panel
Sent: Mon, May 3, 2010 2:15 am
Subject: Howard Stern this Week and update

I just wanted to say the awards are going well. The fans are having fun and its like college football, TEAM ? Wants to out beat Team ?

Some of you all know I do some sit in on Sirrus on Howard Stern Show once in awhile.
This week Stern will be casting his first on air vote and telling all who he is voting for. That’s a big deal
I’m not sure what day it will happen but Gary the producer told me he will let me know when.

I also talked to Twistys they will do a shoot with the Winner ad the top 3 for TFS and their site.

The good people at Lovable Dolls  http://www.lovabledolls.com wanted to do a interview with the show and they wanted TFS pick on who their next Lovable star doll be. They Have One for Nina Mercedez, Kimberly Kane and Sunny Leone.  I gave them some ideas plus they will create a doll of the winner of The FOTY.

Well The Semi Finals will be over May 16, 2010  and the Top Ten Finalist will be announce May 23, to the public.
That when we will announce the rest of the awards prize pack.


The next day I forwarded the email to Lovable Dolls, questioning if the email was correct. I got an immediate reply from Loveable Dolls that stated “This is news to us, we are not familiar with this person and we have never spoke to him or his organization!” I then emailed the Freak Squad questioning why he would send this email to all the contestants claiming false prizes! They were very shocked and sent me the following emails below. “The Freak Squad” said that they had emailed Lovable Dolls with some options and did not get a response. But even though they had not heard back, they decided to move forward with their plans with false prizes. That is so very unprofessional, unethical and totally irresponsible. They went on to say they had planned to offer lovable dolls $2000-$4000. to make the winner into a doll. Obviously, no research was done on their part to find out how Lovable doll operates because they are grossly misinformed! It costs a lot more than 2-4k to create a true silicone replica of a person. I wont go into details concerning my contract with Lovable doll but I didn’t pay them to make a doll of me, Nina Mercedez LOL!

“The Freak Squad” went on to tell me they were sending out a retraction e-mail starting “Lovable Dolls has nothing to do with their contest.”  I got the retraction (which is below) sent to me but when I checked with other industry people they did not receive the email. It seems that the retraction email was sent to me and only me. Do they really think we are that stupid??

This Email is to state that the Freak Squad radio show does not and did not have any contact with Lovable Dolls. We wanted to get in touch and see if we could offer the winner this prize but didn’t hear back from them. So The Champ and I thought we would pay for the doll

We found out that the dolls cost 15k.
Loveable Dolls did not have anything to do with the contest
The Champ and I were just trying to offer more for the winner
If we did anything wrong from the deepest part of our heart we are sorry
To you the ladies and Loveable dolls for miss informing you all

“The Freak Squad” consists of two guys Mr. Goodbar and The Champ. When I sent a Direct Message to The Champ, telling him I need to be contacted and that what they had done was very unprofessional. I received the following Direct Messages back that are disrespectful and extremely aggressive.

(nina_mercedez)NM-Ya’ll need to hit me up Im pissed about the Lovable dolls thing in that email!
The Champ-He was talking to the guy, it’s not set in stone…just a possible added bonus. Talk to Mr Goodbar he does the networking~Champ
The Champ- Can you get on Skype
(nina_mercedez)NM-I am done with you two. Fucking unprofessional
The Champ-Nina…I had nothing to do with this whatsoever. What Goodbar does..is what he does. I don’t know who he talks to and who he doesnt. I am far from unprofessional…and I am one of your biggest fans..and would not do anything to hurt you.

I did not reply because it was midnight at that point and I went to bed. The next morning I woke to find the following DM’s-

The Champ- You can be a bitch and not respond to me…but Goodbar controls everything, down to the people he talks to. DO NOT think I have control. and don’t go fucking pointing fingers at me…you know what I do ALL DAY? Work a fucking real job. To make real, to pay my real bills. To call me unprofessional is rude, I have zero to do with what he does during whenever…have a good life Nina & get YOUR facts straight!!

I was completely blown away by the Direct Messages he sent to me. But once again it is an example of how unprofessional they are.

My facts are all in order and I DO NOT appreciate being called a bitch when they clearly lied and are 100% in the wrong. Why would they lie about a prize that did not exist? I am not sure what his comment meant when he was talking about a real job and real money clearly these guys have no respect for our industry and don’t think much of it. They just want to use all of us and lead us on with false promises for their own gain, mainly web traffic.

The point of my blog is to let all of the adult industry girls know; that yes, Freeones.com, Twistys.com, Booble.com and other great established companies have contests, they are ethical, professional and deliver what they have promised. They are in our industry; they respect us and help us make money. Participating in Miss Freeones 2010 was fun and very beneficial to me in many ways, and 10K was a good incentive for everyone to participate.

But, when these online magazines and no name radio shows pop up befriend us and want to hold a contest, they want to use you and your name to generate traffic to their site. It is just to generate income for them and to make their Alexa rating go up. We need to be smarter and draw a line. I noticed a lot of people are running these polls now because they saw how successful Miss Freeones 2010 was and telling porn-stars to have your fans come to our site and vote. Let’s all be smarter and not get used, ladies!! If you want to send traffic make sure it benefits you. Traffic is something that people get paid to send and generate. That’s what our affiliates are for. That is why we pay them a percentage of the sales they send our way.  When we chose to participate in these contests we are pushing traffic for free and for what?? So we can be lied to and crowned the  “The Freak of The Year” come on ladies it’s a joke!

On a lighter note I am gonna be holding the first “Miss Heartbreaker 2010 contest” so send all your fans to the front page of my website Heartbreakerfilms.com!  hahaha just kiddiing!