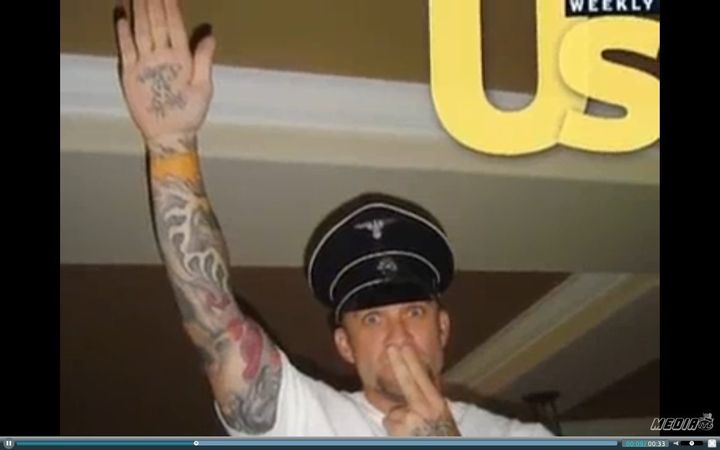 But Bobbi is like that stray cat who finds an old can of tuna in your trash, everyday you walk outside and there the cat is, whining, wanting more scraps..

Below, are just some of the hundreds of Bobbi Dyan contradictions:

Sensi Bobbi doesn’t like Aiden because, according to her, Aiden has a Nazi symbol on his hand. She regularly attacks Evil Angel for promoting Aiden.

This Jesse James, nothing remotely racist about this

When the LAD hearings ended, The Honorable Judge Bobbi wasted little time in breaking down the law:

Scene description for a scene Bobbi Shakur filmed for a site that makes no bones about what kind of site it is: