NL- I have a lot more amazing pictures and I also know some secrets about the production that can’t be released yet. I can’t WAIT to see this one! 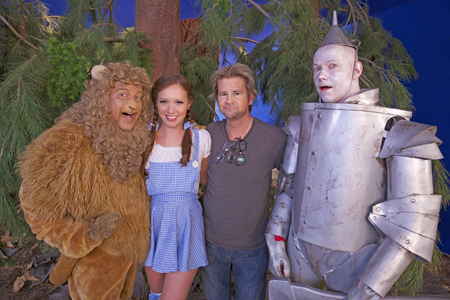 What is your favorite sex scene in the movie?
Our final shot was a 3-way between Dorothy, Glinda the Good Witch and the Emerald City Guard.
What took place was the greatest sex scene X-Play has ever shot.  I wanted to put my camera down and jump into the scene as the girls were so down for fucking I couldn’t believe what I was seeing.  It truly is the greatest 3-way of my career and Kurt Lockwood had a fantastic boner that the girls devoured like a wolf eating sheep.  Sheer sexual madness and a rainbow of horny I have never seen before. 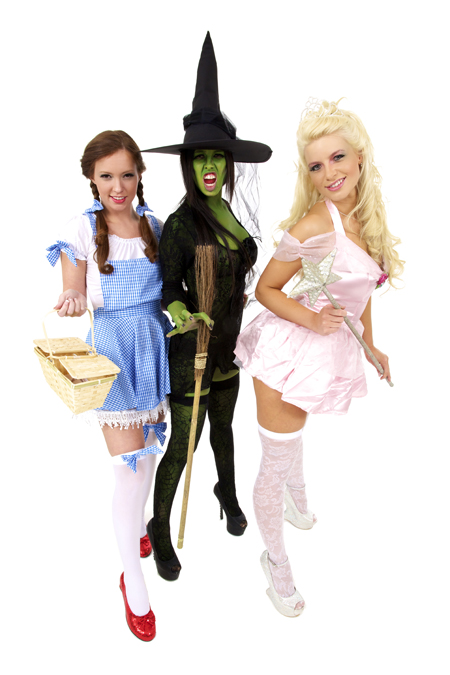 What was the funniest thing that happened during filming so far?
The Scarecrow played by Mack Turner was ill and getting sicker by the minute with a horrible case of the flu.  At one point his entire body was trembling and in my director’s zeal for capturing the best movie I could possibly make, I said to him, “That’s perfect!  That is exactly how the scarecrow should be….trembling.”  I only later learned he was completely suffering and later in the wee hours of the morning had to be rushed to the hospital for fluids. But he was a trooper and made it through his parts almost.

What more do you have to do on this picture to get it done? And when do you think it will be available?
There is so much work to be done on Not the Wizard of Oz XXX.  Currently it is being edited and once the first rough cut is done I will dig into it, cut it up some more, move things around and get it just the way I envisioned it.  Then we will work on the audio making sure everything can be heard and all the sound effects are in place.  Then we place the finished music into the movie just like a music video and then we work on the computer graphics such as the twister in the distance and the golden sun bubble that ushers in the Good Witch.  We then work on that audio making sure it sounds believable.  There is so much work you just cannot imagine but every day is a fantastic experience and I live for this stuff.  We should have the movie in stores and online end of April.

This is the greatest movie I have ever created!