Usually Google Street View is used to get directions or pin point an address but recently the Google Street cars have been catching more than just images of your city. 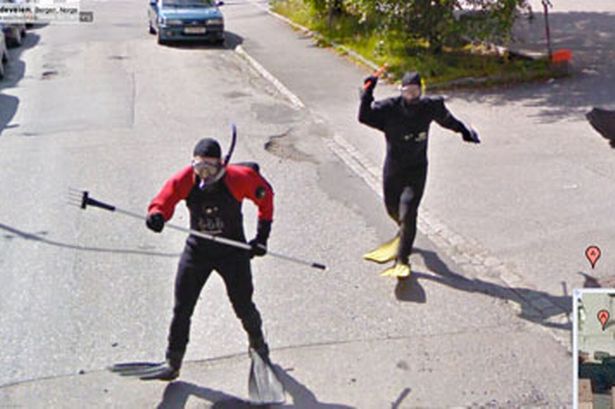 Some Street cars catch Norwegian pranksters in scuba gear, some catch birds flying at the camera. Others catch a couple in Australia having sex on the side of the road.

Google has censored the image on Google Maps but thankfully the people of the internet had  already saved the photo before it was lost forever. This isn’t the first time a Google car has caught people in the act, here’s a bunch of photos Google has censored or removed.

The Ladies of Madrid

It’s hard to tell if this is a walk of shame or some prostitution – either way Madrid is hot.

Random man roaming the street of Paris, France with a blowup doll in hand.

This prostitute is making money on the streets of Manchester.

Nothing to see here, just a German guy chilling in the trunk of his car naked.

It looks like a couple going at it in a store in France, sadly this image is a fake.