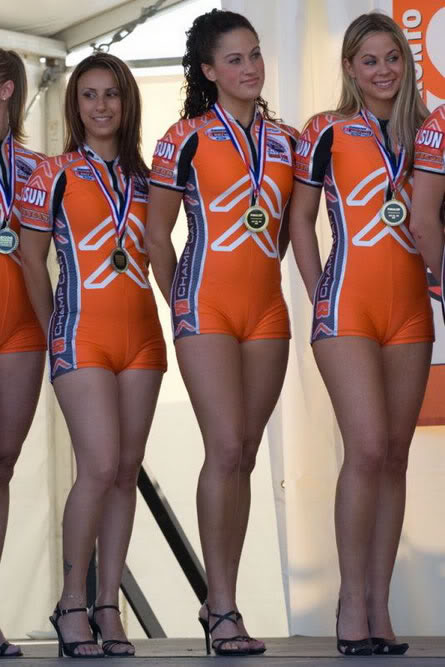 Presenting the very best and worst in Olympic wardrobe malfunctions!

The most notorious of all accidental titty cameos comes from the 2008 Beijing Games where during water polo, Christina’s left boob popped out and said hello to the entire watching world.

Here are some nice upskirt shots brought to you by that bastardly tennis cam. What is happening here. Are there like cloaked midgets running around with hi-def camcorders?

This Russian long jumper is a super star in the making. Mark my words. She’s blessed with gorgeous long legs and a perfectly cute face that would leave any dude in a pool of his own ball sweat and doubt. Did you know Darya is also a part-time model?

Anna Kournikova is a straight tennis O.G. This long-time perennial tennis champ was the prototype – the master blueprint from which all other subsequent tall, blond Russian phenoms are modeled.

I don’t know fuck-all about Carol aside from the fact that it’d be real swell to bang her. I thought that after seeing this:

Italian swimmer, Flavia is about to wrap up her final laps when the unthinkable happens: her swimsuit rips right in the backside area where human beings crap out of. As a result, she was disqualified and had to sit out the entire event. Don’t take it too hard…easy access?

Archery master, Sara Boberg is more known for her hot-ass fucking body than her green arrow skills. Story: Sara Boberg took pictures of herself and sent them to her boyfriend. Obviously, the photos were smeared on the internet and there they will stay until the sun blows up. Check out the pics. If your girlfriend sent these to you, you’d probably do the same. Give those perky titties a gold medal!