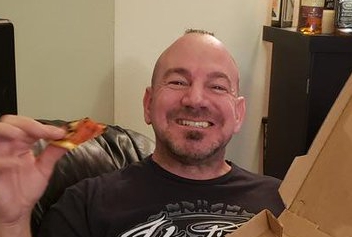 A TRPWL reader left this comment this morning, the person who left it is obviously very smart, one, he reads TRPWL, and two, he used one of those little short lines in between words. I think the “I write for pussy” guys call it a “hyphen.”

Anyone who knows Craven knows that he didn’t write that statement, his wife SXXXXXX did. She’s been dragging his accusers through the mud since they attempted to speak up. It’s vile to see her attack women who’ve been assaulted by her husband.

The lawsuit is nothing more than a PR ploy, and attempt to intimidate a young woman who bravely did the right thing. Moorehad isn’t even paying for his lawyer — he’s bragging to anyone who’ll listen that his “billionaire friends” fronted the cash. He seems to have duped them (based on his comments about how much he cons them) as much as he’s duped his wife. News Flash to Craven: Don’t brag about how you “got one over” on a gun store owner, or “cuck husband” to a wealthy wife. That shit will come back to you in spades. It’s a very small world.