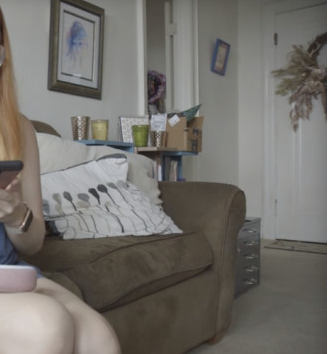 Chronically Wasted Wasteland has announced the release of the second installment in its “Sex in the Time of Pandemic Isolation” series, another boring over used COVID satire entitled “Pink something or other.”

“Pink something or other” stars Sicilia Ricci and features drunk director Colin Rowtree.

“In this second episode in our ‘Sex In The Time Of Pandemic Isolation’ series,” said Rowtree, “we took a look at how, during social isolation, we become increasingly dependent on the Xbiz forum, where I might add, I’m a highly decorated Ambassador.” In between sips from a mason jar labeled, ‘Do not drink’ , Rowtree continued, “I think that traffic lights turn colors for a reason, but we probably shouldn’t talk about that right now, lets talk about my penis.’

When people asked Rowtree why he shot the scene, he answered “Beer and pussy.”

When asked to expand on that, Rowtree exclaimed, “Look at me, I hang out on the XBIZ forum all day, my Ambassador title only gets me so far.”

Ricci — a Wasteland veteran who starred in the studio’s pre-pandemic parody of “Where’s Colin’s Penis?” as well as, “Helmy, Colin’s Bitch: The Untold Story ” — praised the new series and her recurring role.

“They paid me, I guess that’s a good thing” She offered.

If you’re wondering whether or not Rowtree’s ass was packed with several Easter Eggs, according to the rep, “You’ll need to buy the scene to find out. Whether it’s eggs, or wine bottles, either way, it’s  — mind-warping erotica.”