In this recent incident of a drama filled 2018, a man was filmed while self-pleasuring himself under a blanket with his eyes fixed on his phone. The action appeared to stun fellow passengers and the guy who filmed the 39-second incident can be heard laughing as he captures the unmistakable movement of hands underneath the blanket from a row behind. The man who filmed then points the camera at the man’s face while goading and laughing at him.

The smartly dressed guy,  wearing what looks like a business suit, shirt and glasses turns to look at the camera and starts examining the phone in his hand, apparently pretty embarrassed. The filming does not stop there, and the guy gets uncomfortable and is seen squirming in his seat.

The video is told to have been taken on a flight from Brazil.  At first, the guy filming encourages the man to “keep going” in German, before switching to the other language. The man was seated on an empty row and probably thought, ‘why not get along with it’. He wasn’t entirely thinking that a hawk-eyed passenger would be filming the whole thing. Whoever the guy is, I wouldn’t want to walk two meters in his shoes.

Commenting on LiveLeak where the original video was posted, Drwyte wrote: “And that’s why you never use their blankets.” Hard not to disagree! 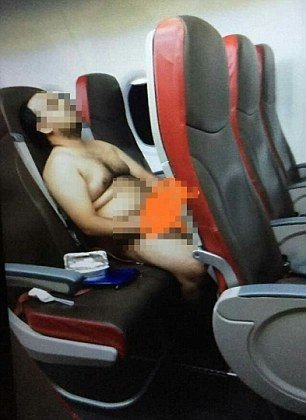 The guy is said to be a student at a university in Cyberjaya. He was alleged of having masturbated on his seat while watching pornography on his laptop. 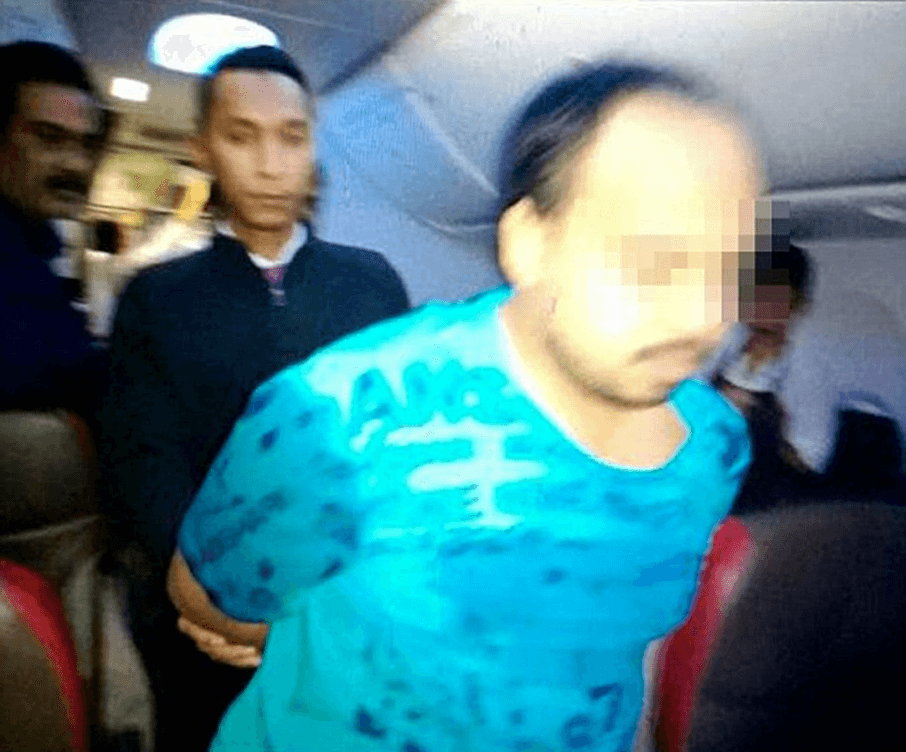 Needless say, the guy was arrested upon landing. But that was not before other passengers had got fed up with his antics and tied his hands on his back with a piece of cloth. 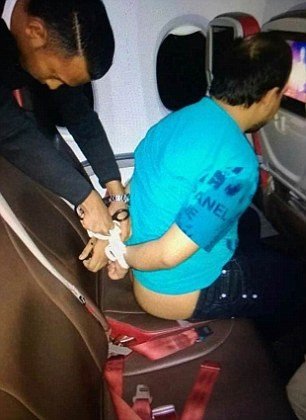 The airline released a statement on their Facebook page which read; “With regards to the incident about a disruptive passenger onboard OD162 to Dhaka on 3 March, the crew on board has followed the standard operating procedure to restraint passenger from any further disruption to the crew and passengers onboard.”

And yet another incident 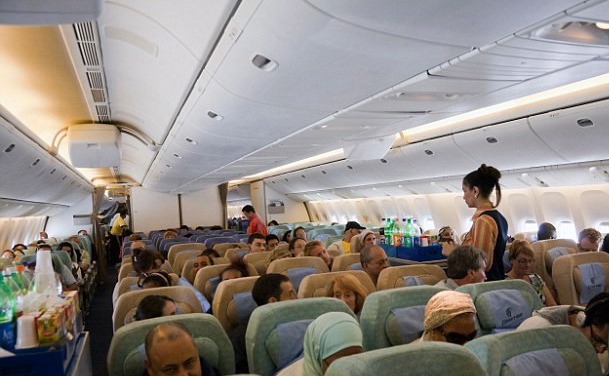 Around May last year, a female passenger complained that during a flight from New York to Paris aboard an American Airlines flight, a man seated next to her masturbated and the flight crew didn’t do anything about it.

The passenger, Chloe King, had been sleeping when the incident occurred. When she woke up afore the plane landed, a flight attendant informed her that someone seated next to her had been fapping and that he would be arrested upon landing. The female passenger on the other side had actually seen the incident and requested to be moved.

Writing in a medium post, Chloe said that the American Airlines flight crew did not honor her request to be moved to a different part of the plane until it landed and was ‘forced to sit next to the man for the duration of the flight’. Upon landing in Paris, she reported what had transpired inside the plane but was only met ‘with blank stares’.

“I was shaking and crying and trying not to get sick,” King said. “I’ll never know what exactly happened on that flight, but I do know I’ll never feel completely safe flying again.”

An American Airlines spokesperson confirmed that the flight took place in May.

“American always strives to maintain a safe and comfortable travel experience for all of our customers,” the airline said in a written statement. “We are reviewing how we handled the situation on this flight, and have reached out directly to Ms. King. During the flight, our crew requested that French law enforcement meet the aircraft in Paris. Upon arrival, French officials interviewed the male passenger regarding the allegations.”

It is not immediately clear whether the man was arrested or not.