Hugh Marston Hefner. What a man he was. This man will be remembered as the editor-in-chief of Playboy magazine and a sexual liberation activist. He sadly passed away on Wednesday at his playboy mansion home located at Holmby Hills area of Los Angeles. He died at the ripe old age of 91.

Hefner founded playboy with his own $600 and created a multi-million dollar entertainment empire from it. The man and the brand were inseparable. They were both symbols of the sexual revolution that went against the holier than thou attitude portrayed by, the wider intolerant society. The community considered his lifestyle as vulgar, exploitative, and even anachronistic. This man admitted to bedding hundreds of young women, married a few of his “Playmates” and romped on reality TV shows with girls young enough to call him grandpa. Surprisingly he also admitted to having sex with “over a thousand” girls. His story is even more remarkable considering he was a virgin until the age of 22. 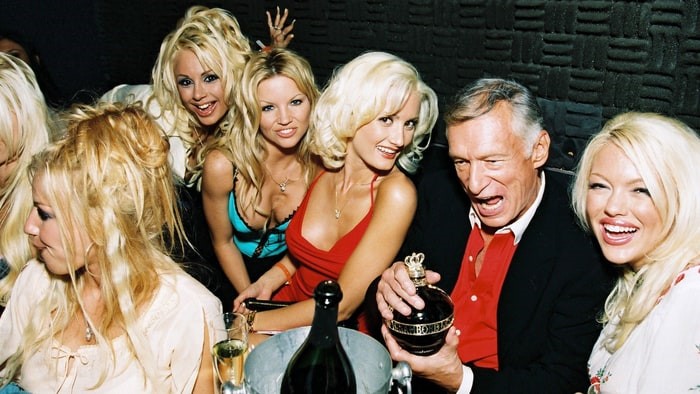 The Playboy magazine is at the center of the legacy left behind by this gentleman. He almost singlehandedly made the 1950s-1960s American society loosen up a little about sex.  His playboy magazine was the first to take nude photographs mainstream. He even managed to convince (then) sex symbols like Jayne Mansfield and Ursula Andress to pose naked for the magazine’s cover.  It drew uproar from critics and approval from celebrants in equal measure. It came at a time when the society was so intolerant, and Hefner had to fight many battles in public and courts, but ultimately he released a force that took over the world and created his commercial empire in the process. One could, in fact, describe him as a purveyor of smut.

His fight with feminists was a bit ironical because he was in the same sexual revolution as them, only that he put men at the epicentre. The only thing that feminists would do was to try and belittle him, but apparently, the man was not ruffled. He wrote in 1970 that the feminists “are our natural enemy” referring to them as “These chicks”. He felt that they were “unalterably opposed to the romantic boy-girl society” that Playboy was looking to promote. His portrayal of women may have drawn backlash, but in his own words, he said that he was not seeking to belittle women, but rather as a way of celebrating sexuality.

Playboy magazine not just about sex

This famous magazine was not all sex and no substance. Far from it, the magazine mainly earned respect for its tackling of social issues interviewing high-profile figures like Martin Luther King Jr. and Muhammad Ali. In his words, he was all about social justice and will be recalled as such in many circles. Sexual prejudice was part of his fight for social justice. The magazine was also granted an interview by then-presidential candidate Jimmy Carter in 1976.

He died on September 27, 2017, aged 91. He was cremated and his ashes interred at Westwood Memorial Park in Los Angeles next to Marilyn Monroe whom he had voiced a desire to “spending eternity next to” as “too sweet an opportunity to pass.”