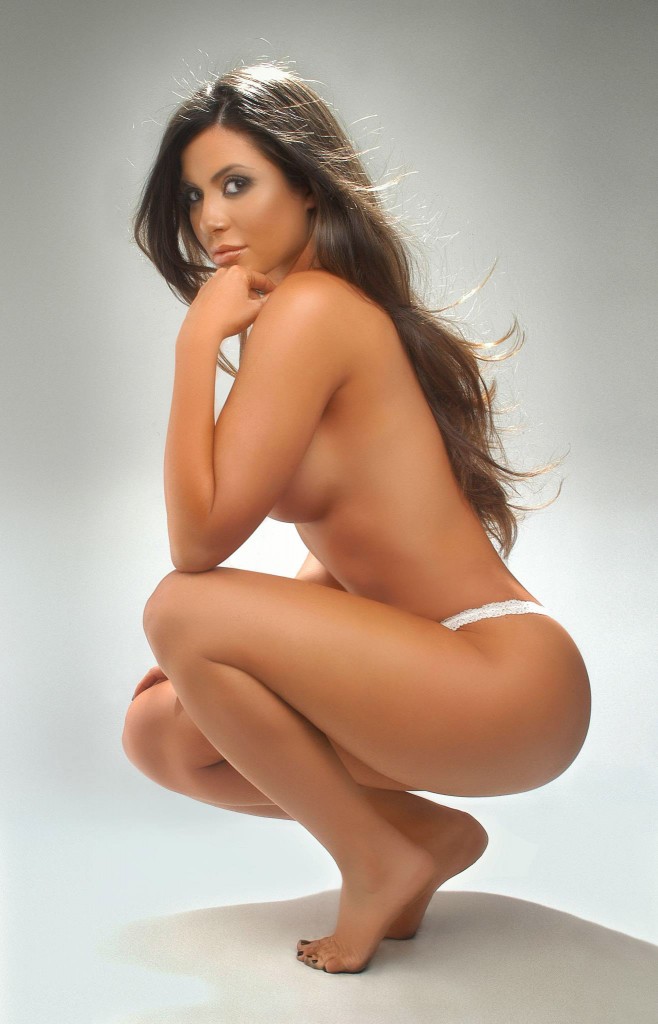 Browsing the net I came across a very interesting video, former Playboy playmate Julia Orayen had got herself a gig handing out letters to candidates with questions during Mexico’s Presidential debate… and her outfit of choice was a white skin-tight cleavage-bearing dress. Would this fly in America? I doubt it.

Having Jenna Jameson in a bikini giving Obama questions would absolutely never happen. But, the debate about the debate is whether more people would tune in if there was some gorgeous lady eye-candy.

Julia responded to media buzz around the event while signing autographs: “I don’t think you can generalize the comments from a country, everybody has their own opinion. There have been sexist comments and also very flattering comments.”

Fun fact: Julia isn’t Mexican, she is from Argentina.

Anyway, here is the photo and video of the debate. What do you think? Was this a good move or totally inappropriate. Post your comments below.