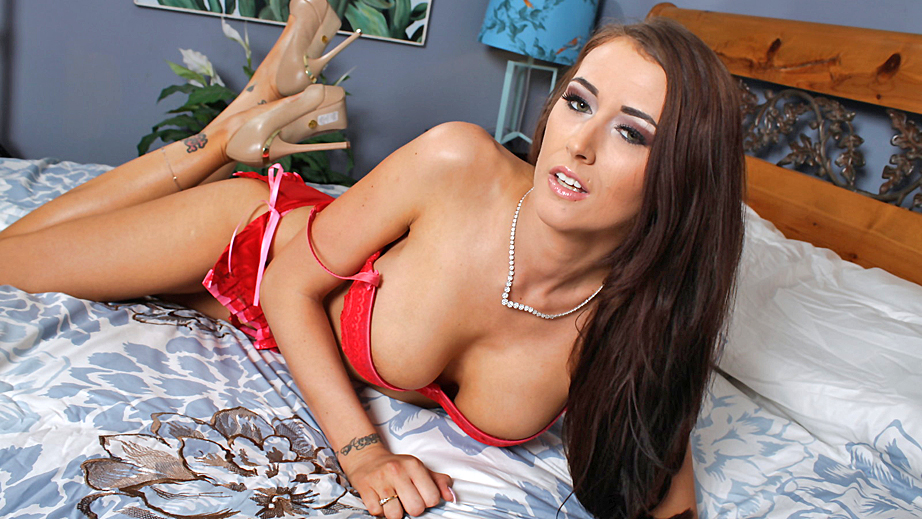 Here’s what happened: while Jonathan left and took his car to get serviced, paramedics were called to their home and discovered that Alexis Grace was unresponsive. Prior to her passing, Alexis Grace had been suffering from an asthma condition, which caused her difficulties with breathing. Jonathan said that Alexis “was trying to keep it under control.”

“Everyone’s in complete shock and devasted right now. She was just at Fetish Con as lively as can be getting ready to make her comeback. She shot at Fetish Con. She was talking to producers.She was still actively doing fetish clips but she was only doing our site and her site (AlexisGraceFetish.com). She was planning on going to AVN this year and talking with a few agents out there.”

There was a huge outpouring of condolences on Twitter spanning late Tuesday night and into all of Wednesday from numerous adult performers. You can read more on this story by heading over to AVN.

She is a nice person.

Extremely sad to hear about @Alexisgrace_XXX who I’ve known since in 2008. Such a beautiful person, inside and out. pic.twitter.com/qtINYdJECS

Rest in peace @Alexisgrace_XXX you will be truly missed. Prayers to her family and loved ones. Can’t believe it…

. So sad to hear today about the passing of @Alexisgrace_XXX ? A sweet Beautiful soul that will never be forgotten? pic.twitter.com/vVx1WoUNqU

Its not often our industry finds true trailblazers. You were one.
Doing things your own way and finding success.
RIP @Alexisgrace_XXX

All I can really muster up to say right now, is I’m happy I had the chance to tell @Alexisgrace_XXX I love her this weekend. ?