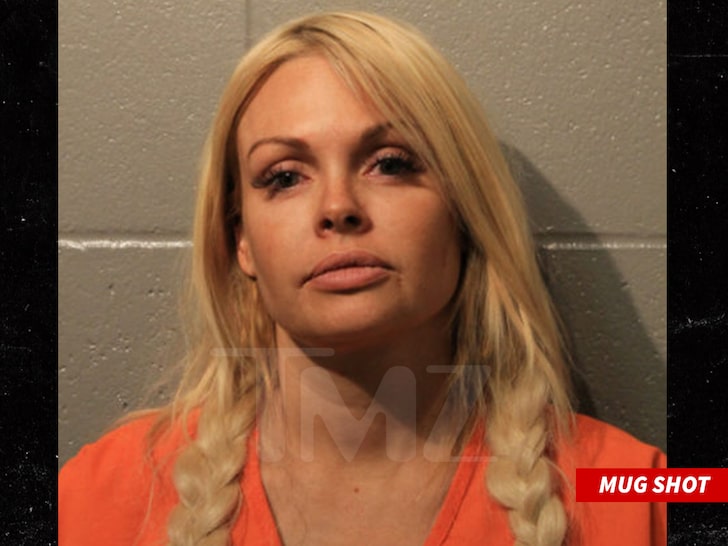 I’m truly not surprised by the this.  Jesse is no stranger to handcuffs

According to the arrest report, obtained by TMZ, officers responded to a call for a domestic disturbance and when they showed up to the residence, Jesse and her BF were in the driveway, and he couldn’t open his bloody left eye and there was a bite mark on his left hand.

The report says the boyfriend told cops he and Jesse were drinking the night before, and he woke up to Jesse throwing his medication in the trash — she claims it was steroids — so he confronted her, and she became upset and attacked.

According to cops, Jesse told officers her boyfriend picked her up by the neck and threw her into a wall, but the report says police did not observe any injuries on the adult film star’s body other than a small spot of dried blood on her forehead.

Jesse was arrested and hauled off to Cleveland County Jail, where she was booked on a domestic violence charge. She’s since been released.