This marks the first in a planned franchise for the scantily clad supernatural hellraiser played by the undeniably beautiful Indian-born Adult Film Star, Priya Rai, “who will be playing the title role of Isis, along with co-star Adult Film Star James Bartholet “who plays the ill fated museum security guard Henry”.  “Isis Rising: Curse Of The Lady Mummy” marks the pair’s mainstream debut as associate producers.

The movie will be filming in Arizona, and begins filming in October 2012. 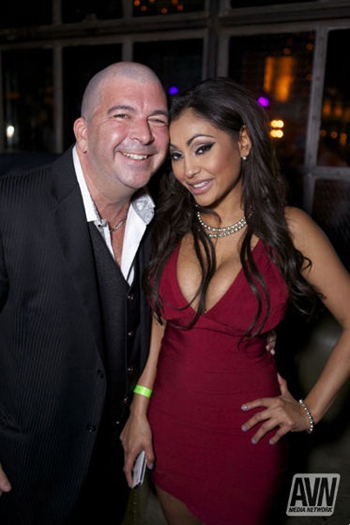 “This a very a very exciting project to be working on, and I am so thrilled and honored to be starring in it. It’s going to be a lot of fun filming this. I love horror movies, and I can’t wait to get started”, said Rai.

The movie is about a group of college co-eds take on a deadly assignment for their final course in Archeology. As they learned in their studies about ancient Egypt, Isis and Osiris ruled the land. All were happy for the couple except one, Set, a jealous man who killed Osiris in order to take over his kingdom. Isis snuck into Osiris’ tomb and tried to raise him from the dead using her black magic.
Set caught Isis in the act and had Osiris cut to pieces, with each piece buried in a different part of the land, so Isis could never again raise her husband. Isis vowed to avenge Osiris’ death and return with him to rule over all the worlds.
Now, the students have gone too far as they haphazardly awaken the ancient spirit of Isis’ lost soul and her wrath is unleashed on the group as they try to flee from the museum.

“The script looks great, it’s very suspenseful, and the audiences will love it. Priya and I are very happy to not only be co starring in this, but also working as associate producers. We’re very fortunate that a production company is giving us the chance to show our mainstream acting and producing side to the world”, added Bartholet.

Tom Kat Films’ owner Ted Chalmers said “We’re looking forward to starting this film, we feel the film will be a winner out of the gates, “The elements are all here in line with the TomCat brand. We’ve got a sexy, supernatural antagonist, a thrilling storyline, visual effects and a star in the gorgeous, talented Priya Rai, whom I’ve envisioned for the role since I first conceived the project”.

Director of “Isis Rising: Curse Of The Lady Mummy”, will be Lisa Palencia, who also wrote the script.

“I’m really excited about working with both of them on this project. We’ve got a good cast,” said Palencia.

TomKat Films is a member of the Independent Film and Television Alliance, and they will be introducing the project at this year’s American Film Market (www.americanfilmmarket.com).