Her untimely death comes days after she had repeatedly tweeted to her more than 20,000 followers on Twitter that she was a lonely lady. In one such conversation with one of her followers, she said “Haha I’d just be the lonely lady wearing festive socks buying booze” when the two were talking about vegan alcohol. Earlier on Christmas, she had tweeted, “Alone on the holidays and want to give a fan a holiday call. Would lift my spirit”.

Nova is also said to have been struggling with Obsessive Compulsive Disorder (OCD). On December 21, she alluded to the condition in a tweet reading; “If I even get close to getting a dry skin bump I sit there and pick at it for like a month, and it never goes away. My OCD will be the end of my career #ShootCancelled,” Also in the same month, she argued with a fan who accused her of using heroin. She hit out at the fan because her (Nova’s) boyfriend had died from an overdose of the said drug in April. “My boyfriend killed himself two days before my birthday in April on [heroin], that’s not cool to poke at…not over him,” she wrote. The circumstances surrounding her death are unclear with the coroner’s report expected to take 6-8 weeks. 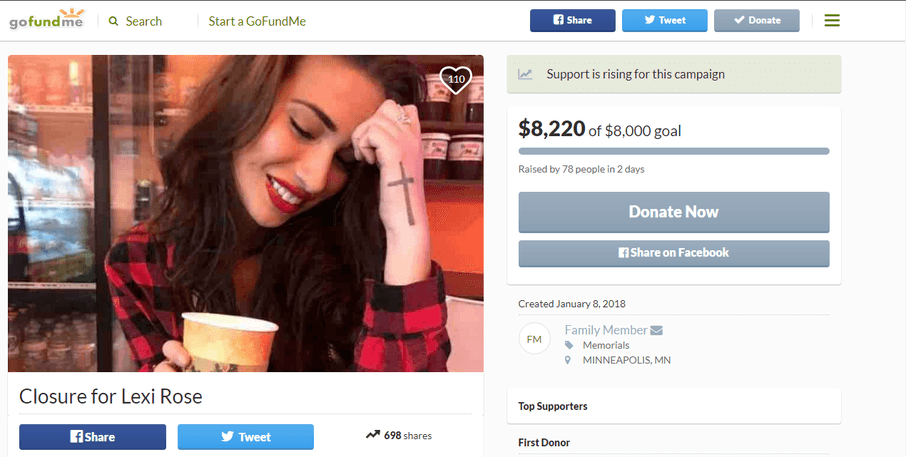 Derek Hay, the owner of LA Direct Models, which had signed Nova before Christmas said in a statement that she was a ‘sweet, mild-mannered girl’ and that his company “had no inclination of any problems with her at all. He continued, “I’ve spoken to a couple of friends of Olivia’s, and I have spoken to the coroner’s office, and her death is a mystery. Suicide isn’t suspected, and it doesn’t seem anyone else was involved.

‘Somebody must have been with her in the hours that preceded her death, and if that person emerges we may learn more, but the death is not considered suspicious. There will be a post-mortem, but we won’t get the results for six to eight weeks.’

Some of her 20,000+ followers on Twitter also took to the social network to express their sadness by the passing of a rising star. One wrote “RIP Olivia Nova. Sad to hear she passed away.” Another fan wrote “Sad to see her go. May her soul RIP.”

May she rest in peace