In an incident that has shocked the world and infuriated animal rights activists, 8 men gang-raped a pregnant goat resulting to its death in Mewat town of Nuh district in Haryana. The men who are said to have been drunk at the time are alleged to have taken the goat to a deserted house before carrying out this heinous act.  Now you may have missed it, but there is a hashtag going on: #JusticeForGoat as Indian tweeps took to social media to voice their concern and anger, and rightly so, after news broke out that three of the eight men were actually caught in the act by the goat’s horrified owner after they stayed behind (more of this later). The goat was unable to walk after the ordeal and eventually succumbed to its injuries. The incident has been tweeted over 30,000 times and counting.

There have been conflicting reports regarding the whereabouts of the 8 suspects, with some media claiming three of them have been apprehended, but police claim all the suspects are currently on the run. The law enforcers have since registered the case under Section 377 of the Indian Penal Code, which prohibits “…intercourse against the order of Nature with a man, woman or animal’ and under the Animal Cruelty Act.” 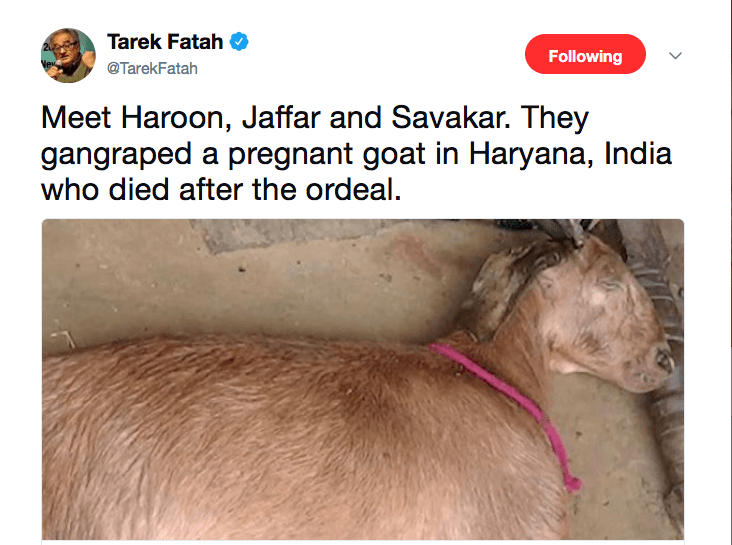 A complaint was filed at the Nagina Police Station where the goat’s owner, only identified as Aslu, accused 8 men of stealing and raping his goat. The owner told the police that he caught the men in the act after hearing its pain-filled bleating.  According to the police, the complaint was filed on July 26, a day after the bone-chilling incident. The owner accused Savakar, Haroon, Jaffar and five others whose identities are yet to be confirmed of committing the perverted act.

Commenting on the incident, Inspector Vipin Kumar said: “We have conducted raids at different places where the accused were believed to have taken shelter. The goat died because of severe injuries. A postmortem was conducted at the local government veterinary hospital. Samples containing the animal’s swab have been sent to the state forensic laboratory at Madhuban.”

Authorities are still awaiting the report from the medical examination.

Caught in the act 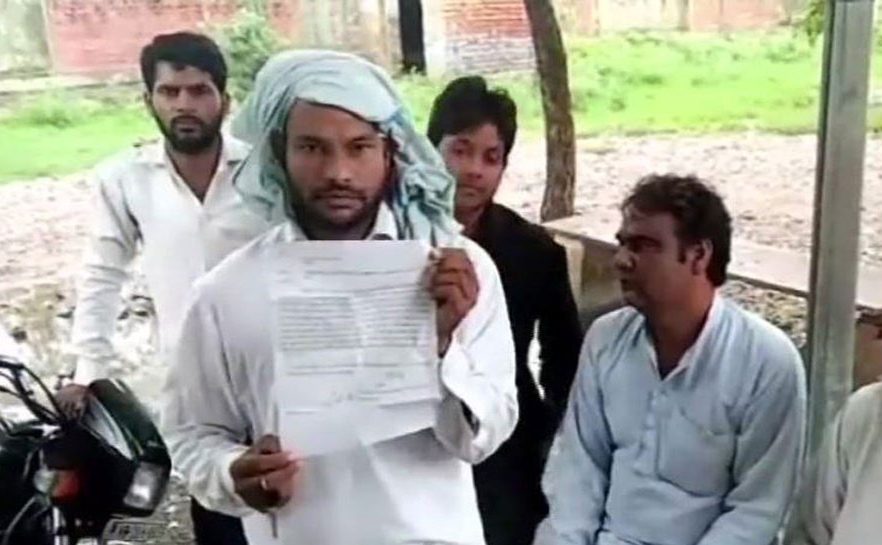 According to the police report, the goat’s owner, with the help of villagers, found three men in the act when they beat them up. The three claimed there were more of them involved, but the other five had already fled the scene. It is not immediately clear why the three were not handed over to the authorities.

The owner claimed that the three accused actually dared him to report the case to the police. “One of the accused is mental. When I told them that I would file a complaint against them, they said you could do anything that you want, we will continue to do this. They don’t fear getting jailed as they claim to have contacts with big people,” he said.

Speaking in an interview, the superintendent of police in Nuh said: “Our team is investigating the case and has recorded the statement of the goat’s owner, who allegedly caught the three accused in the act. We are also in the process of recording the statements of other eyewitnesses and villagers to know the exact sequence of the crime and arrests will be made once we get all the details.”

There has been a steep increase in animal abuse incidents in India according to animal rights activist Meet Ashar. In a Facebook post, the activist who works as an Emergency Response Coordinator at PETA India said: “A FIR has been registered under Sections 34, 377 and 429 IPC, Section 11(1)(a) & (l) of the Prevention of Cruelty to Animals Act, 1960.”

The activist further claimed that she is in touch with the Superintendent of Police, Nuh and SHO Nagina Police Station before adding: “People who are violent often start with animals as victims and then move on to human beings. This case should, therefore, worry everyone.”

As expected, people took to social media to air their views regarding the incident.

One livid tweep, @GowharS1, wrote: “What kind of a society are we going to build? How can we expect the safety of our women in a society where animals are not safe? Alas, human beings are turning into senseless creatures!”

@joeldvs777 had similar sentiments: “Sometimes I see such news and cannot believe it’s true. I mean …everyday – new low for some lunatics in this country.”

Others saw a religious connection in the incident which started a whole different debate with tweep @DeepikaBhardwaj saying: “It’s unbelievable how people have made the religion of rapist more important than the crime of rape itself. Absolutely disgusted. Don’t know who started it but please stop perpetuating it because of vested interests of few. #JusticeForGoat.”

Fact:  Thomson Reuters Foundation survey showed India to be one of the most unsafe countries for women, with 106 rapes taking place in a day! Ponder on that.